Season Is a Game About Recording History

During The Game Awards 2020, Scavengers Studio joined several other developers in revealing their upcoming game, Season. Season is coming to PS5 and PC and the game is about recording history as a character who explores the world on her bike. The game is described as a third-person atmospheric adventure bicycle road trip game. Scavengers Studio hasn’t clarified if Season will eventually end up on Xbox Series X/S, but it’s already being listed on the Steam storefront. 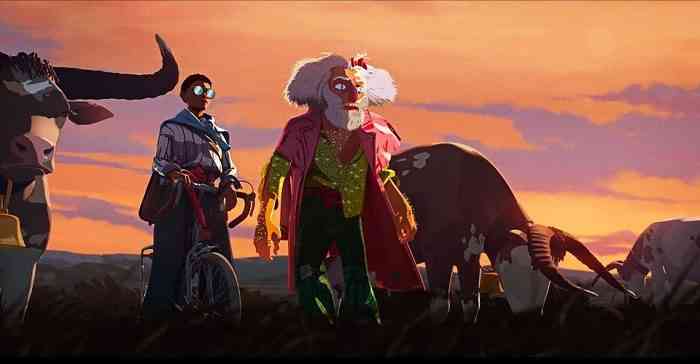 “Close your eyes, take a deep breath, and let yourself be carried away by the great journey of Season, a third-person atmospheric adventure bicycle road trip game,” said Scavengers Studio in the official listing for it. “Explore the world through the eyes of a young woman. Collect artifacts and memories before a mysterious cataclysm washes everything away.” Season currently has no confirmed release date, but it’s likely a 2021 title given how many of The Game Awards titles come out in the next year.

The artistic reveal trailer of Season during The Game Awards featured some lush, colourful visuals accompanied by relaxing piano music. “Our grandparents lived for a thousand years, and our parents had a century to themselves,” says the voice-over for the reveal trailer. “But us, we have one season.” The gameplay shows a lot of beautiful vistas and locations that are inspired by real-life, with animals that will feel familiar to fans of the game as well. The protagonist of Season will apparently document the world as they explore it using a tape recorder, notepad, and camera, and the game is very focused on documenting history.

Will you be playing Season? Let us know in the comments below!

Grand Theft Auto: The Trilogy Will Officially Launch In November
Next
PlayStation 5 Has Record-Breaking Console Sales in the US
Previous
After 10 Years, Ghosts ‘N Goblins Resurrection Is Coming Out