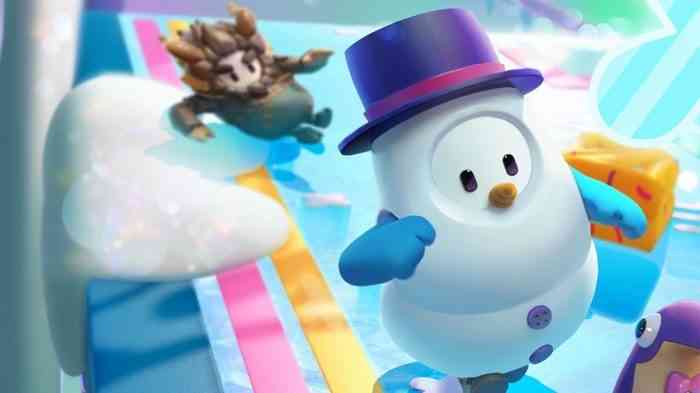 “Season 3 will add 7 new levels, 30+ news skins, and ‘many more festive surprises yet to be revealed. IGN will be exclusively revealing some of that new content later this week,” said the official Fall Guys: Ultimate Knockout Twitter account that teased more news coming to IGN ahead of its release. Many more festive surprises are apparently in store for Fall Guys: Ultimate Knockout with Season 3, so fans of the Holiday season who enjoy Fall Guys should definitely consider checking out the obstacle course title later this month.

Considering Fall Guys Season 2 only brought four new levels to the Ultimate Knockout, Season 3 is already looking like a big step up. In addition to more stages, Season 3 will also be getting more skins than the current season of the game, showing that Mediatonic continues to evolve Fall Guys: Ultimate Knockout. So far some of the skins that have been teased for Season 3 include a Reindeer, snowman, and a Penguin, with one of the teased stages focused on carrying a baby penguin known as Bert.

Are you hyped for Fall Guys: Ultimate Knockout Season 3? Let us know in the comments below!