InnerSloth Reveals The Airship as the New Among Us Map

Get Off My Plane

Last night, Among Us developer InnerSloth revealed the new map, The Airship. Though the game has gained its popularity in 2020, it has been out on PC and mobile devices since 2018. What some fans and players might not realize, is that The Airship is actually inspired by another work of InnerSloth. From the Henry Stickmin series, this new Among Us map is the same airship from Episode 3: Infiltrating the Airship. As you can see in the reveal trailer, the Toppat logo is seen on the hull. In Henry Stickmin, the Airship is owned by the Toppat Clan. 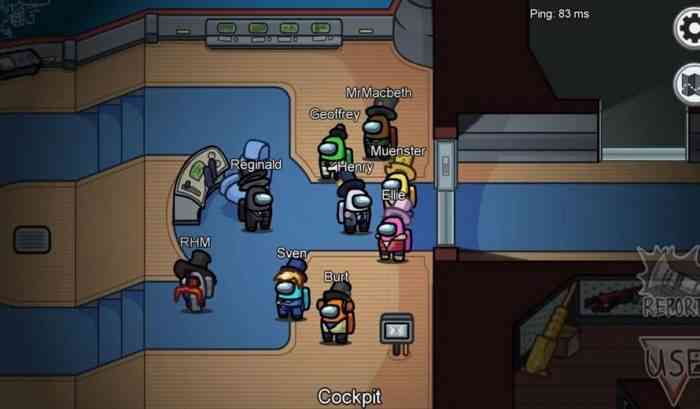 The trailer actually follows an Among Us player named Henry. A nice nod to the developer’s previous game. There are many areas to The Airship, including a Vault, in which we can see a bunch of different iconic items from different games. There is a rupee from The Legend of Zelda, the Golden Gun from GoldenEye 007, as well as an Energy Sword from Halo. We see new ways of navigating the map, such as the use of ladders and floating platforms. As we learned from InnerSlolth’s previous announcements, The Airship will be the biggest map in Among Us so far.

The map will support between 4 and 10 players at a time, and will give players access to new skins and tasks to complete. There is no solid release date for the map, but InnerSloth says it will be out in early 2021. Among Us is available on PC and mobile devices.

Are you excited to play on a new map? Let us know in the comments below.