The last time we talked about Monster Crown, we spent a fair bit of time comparing it to Pokemon. In our defense, you can’t really talk about monster taming and battling games without talking about Pokemon, which is kinda funny considering that Pokemon actually borrowed its battle system from the Shin Megami Tensei franchise. MegaTen is a lot less popular on this side of the ocean, probably because it’s a cosmic horror series that really puts the monster into monster taming, but we think Monster Crown might be drawing on it as well as Pokemon. After all, when was the last time a Pokemon game let you become a dark messiah instead of a savior?

Now that we have your attention, let’s talk about the changes Monster Crown has undergone since it entered early access. First, we should note the game has been warmly received by fans: it sold more copies in the first 72 hours of early access than it did during the entire Kickstarter campaign. The game’s sole developer and founder of Studio Aurum, Jason Walsh, released four patches in the same time period. That’s quite the work ethic. He’s gone on the record stating that: “There is no risk of this project becoming abandoned or no longer a priority. Monster Crown is the only game I have any interest in working on.”

Monster Crown‘s first major update came one month into early access and added two new features to the game: online monster trading and the so-called ‘Move Learner/Re-learner,’ an NPC who can help monsters to learn or forget moves. Content Update 2 upped the ante by adding three new features: hi temperature breeding, which hatches eggs immediately at the cost of making the hatchlings incredibly fragile; an option to create custom chromosomes during breeding; and a side quest which gives you a new monster called Apo. Content Update 3 added monster riding as a game mechanic and put three cities, two provinces, and a mysterious cave on the map. Plus, there’s new story content! Content Updates 4 and 5 added even more amazing stuff to the game, including a monster respect system, in- and out-of-battle transformations, brand new side quests, and even more monsters available in the wild. Whether it’s drawing more from Pokemon or MegaTen, Monster Crown definitely has a lot to offer. 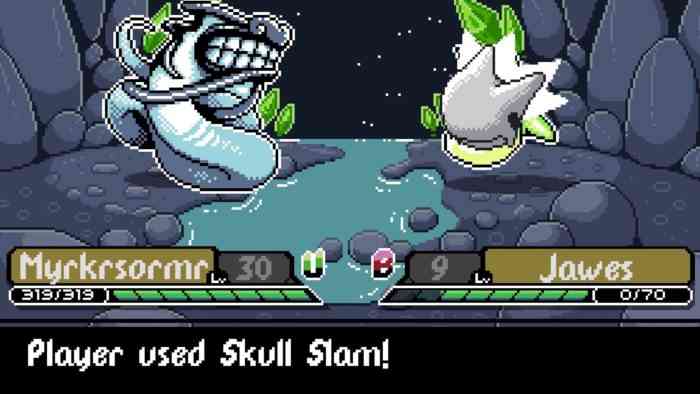 Monster Crown will be available for PC sometime in 2021.

What do you think of Monster Crown? Let us know in the comments below, and be sure to keep up with us on Facebook, Twitter and Youtube.

InfiniteCorp: Cyberpunk Revolution Raises the Stakes in Its Full Steam Release
Next
Super Meat Boy Forever is Finally Hitting the Epic Games Store
Previous
InnerSloth Reveals The Airship as the New Among Us Map