Is Monster Crown a Pokémon Rip Off?

I came across a press release for Monster Crown today. I initially opened it up because I was expecting to see a new Pokémon release. But low and behold, it is a new game announcing early access today on Steam. I was going to dismiss it, but when I saw that it was a Canadian one-person developer I got curious enough to look into it further. 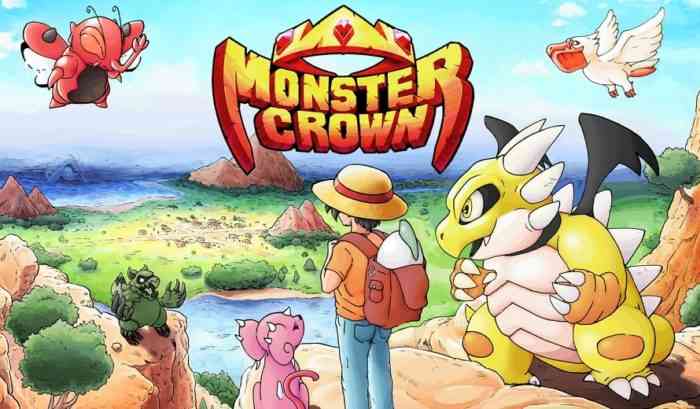 The game is developed by Studio Aurum. The developer got the inspiration for Monster Crown from games like Dragon Warrior, Monster 2, Keitai Denjū Telefang, and Pokémon. One look at the game image could tell us that. I had initially assumed that it was a picture of Ash with Pokémon Nidoking and Rattata. Yes, yes I realize that Nidoking is purple, my assumption was based on a quick glance.

In Monster Crown, you explore Crown Island meeting friends and monsters as you journey. Much like Pokémon, you can capture monsters and battle them with other characters. As you train the monsters, they evolve into stronger creatures. The game has over 1000 different monsters, which is very impressive given that it was made by a single developer! The aesthetic of the game is a classic old school RPG.

But, there is one big feature that sets this game apart from Pokémon. In the game, you will have to make decisions that will affect the outcome of the game. You can become a “savior or a dark messiah”. This adds a twist and makes the game more like Fable meets Pokémon, which I am not hating. It is enough to make me want to give this game a chance.

Do you agree? Does this game have potential, or is it just a Pokémon rip off? Have you played the early access game? Tell us more in the comments below.

Top 10 Most Anticipated Games of Fall 2021
Next
Nioh 2 DLC Is Out Now – The Tengu’s Disciple
Previous
Bleach: Brave Souls Now Available on PC