Bleach: Brave Souls celebrated its 5th year anniversary July 23, 2020. To mark the event, KLab Inc., who developed the game, announced that they will release the game on Steam for the PC market this summer. It hasn’t been released yet, but you can add it to your Steam Wishlist now. Best of all, it is free to play! 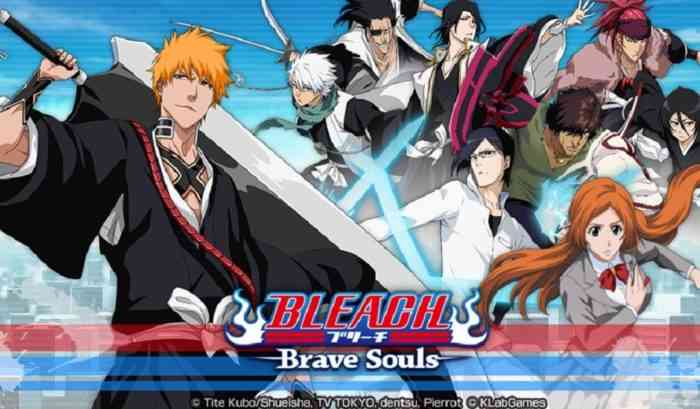 I have previously written here about how I hate when games based on tv shows do not incorporate the tv show stories into the game enough. So one of the things that I like about this game is that it is an action RPG that follows the story of the manga/anime allowing you to relive your favorite moments.

The game features a story mode with quests that relive the most memorable moments from the Bleach anime. But, it also includes subquests that explore new stories, not from the original anime. Bleach: Brave Souls also offers a co-op mode for not only Raids and battles, but also the quests in the game. Adding to the social aspects of the game is the League system. Players can battle for weekly player rankings that are similar to the rankings of the Soul Reapers in Soul Society.

The mobile game has been extremely popular. Over the last five years, Bleach: Brave Souls has had over 50 million downloads across more than 148 countries. This is not surprising given the success of the manga the game is based on. The manga series has sold over 120 million copies. In fact, 2020 is the 20h anniversary of the series, so fans should expect more announcements as the “BLEACH 20th Anniversary Project” continues.

Are you going to add Bleach: Brave Souls to your Steam collection? Have you played the mobile version, what did you think? Tell us in the comments below.


Lost Soul Aside Gets 18 Minutes of Gameplay