“The God You Worship Is Dead” 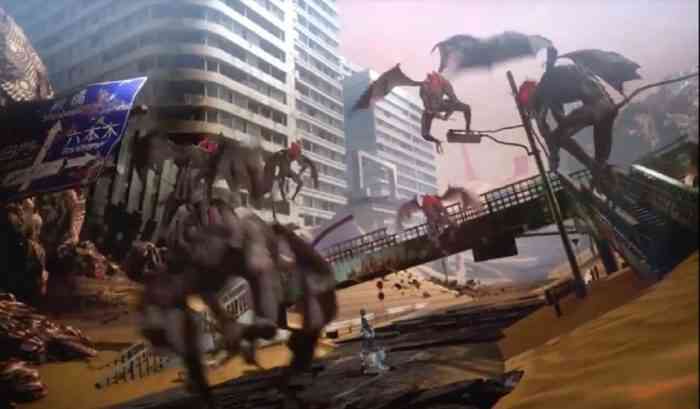 The trailer for Shin Megami Tensei V shows us perhaps the two most Japanese pieces of imagery apart from giant mechs; school uniforms and flying demons. Demonic entities are pretty central to the Shin Megami Tensei games, so of course the trend of summoning and fighting demons continues in this game. There is also quite a few biblical references. Order, chaos, and the Creator are mentioned in the trailer. This is basically Darksiders: the anime. The trailer also ends with a savior descending from the sky in a blinding white light, giving our hero a helping hand.

Neither Shin Megami Tensei: Nocturne nor V have specific release dates, but are both expected to come out in 2021. They likely will not launch too close together, and Nocturne is set to debut in the Spring, so we can assume that Shin Megami Tensei V will come out a little later than that. Fans have been waiting quite a long time for this game, as it was one of the first title to be announced for Nintendo Switch.

Which of the two Shin Megami Tensei games are you more excited for? Let us know in the comments below.