The Dark Pictures: House of Ashes Will Come for You in 2021

Ashes, Ashes, We All Fall Down

We like horror, we like games, and we especially like series of horror games, so it should be no surprise that we’re hyped as hell for the next installment of Supermassive Games’ The Dark Pictures Anthology. Coming straight from the minds that brought us Until Dawn, The Dark Pictures explores interconnected and branching narratives, the psychological state of its characters, excellent cinematography, and scares. Lots and lots of scares. Man of Medan used the setting of a ghost ship to its full horrific potential, Little Hope sank its claws deep under our skin, and we literally can’t wait to see what House of Ashes has in store. No, seriously, we can’t. Just–just watch the trailer. You’ll understand.

Where Man of Medan followed a group of American adventurers and Little Hope followed college students, House of Ashes appears to focus on something unexpected: hardened combat veterans, possibly even actual soldiers. But judging by the voiceover, no amount of guns will save them from what awaits in the desert. The game seems to take place somewhere in the Middle East, in and around an ancient burial ground. We all know how respectful Americans are of other cultures’ graveyards. Expect things to go south very quickly.

Most of the trailer takes place underground, where we’re shown close-ups of ghoulish statues and the apparent protagonist’s face streaked with mud, so if you have concerns about cave-ins, being buried alive, and anything which looks too much like a gargoyle or a demon, you have our sympathies. We’re still gonna recommend you give this game a look, though. You understand. 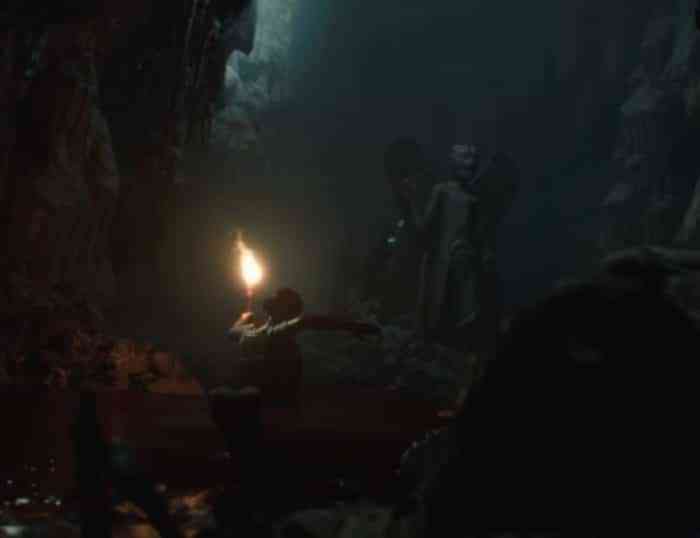 House of Ashes will be released sometime in 2021.

Are you afraid of being stuck underground? Let us know down in the comments, or hit us up on Twitter or Facebook.