Call of Duty Black Ops: Cold War recently finished its beta phase on all the platforms it’s releasing on later this year, but the beta process was marred by cheaters. Due to the fact that crossplay was automatically enabled with the recent beta, players were actually encouraged to disable crossplay due to many PC players using aimhacks. Fans of the upcoming CoD game took to Twitter and Reddit to voice their displeasure with the plethora of cheaters during the beta weekend. Call of Duty Black Ops: Cold War releases on November 13th for Xbox One, Xbox Series X/S. PS4, PS5, and PC. 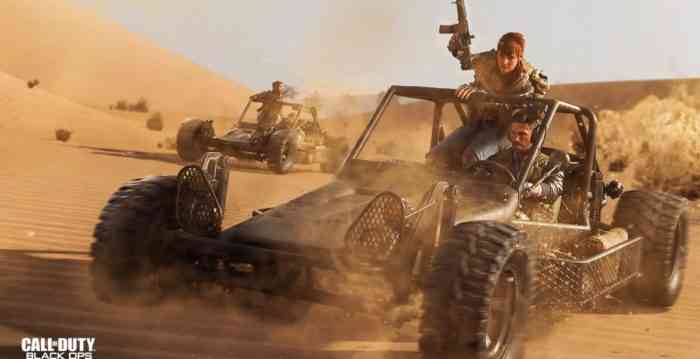 “This game has not even been officially released yet and people are able to do this, Call of Duty is a multi-million dollar franchise surely we are able to get some decent anti-cheat.,” said a Reddit user known as ItsKingie who provided a clip of gameplay as evidence. “The MOST blatant and ridiculous aim hack I’ve EVER seen in a video game,” said another player with gameplay footage that showed a gamer easily killing an entire squad without hesitation.

“One hour into the beta and I’ve already met a player with soft aimbot and wallhack. I hope Treyarch monitors anti-cheat closely this time,” said another Reddit user who’s frustrated with his experience in the Call of Duty Black Ops: Cold War beta. While Treyarch didn’t fix the cheating issues during the weekend, we hope that all of the gameplay footage and filed tickets help them curb the aimbot and wallhacks before Black Ops: Cold War officially launches.

Call of Duty: Modern Warfare and its battle royale mode Warzone have been marred by cheaters as well, with Infinity Ward claiming recently, “since launch, the team has banned over 200,000 accounts for cheating across Warzone and Modern Warfare, including a new wave this week. We are continuing to deploy additional security updates and added backend enforcement tools.”

Did you notice any cheating during the Call of Duty Black Ops: Cold War beta? Let us know in the comments below!

Overwatch 2 Reaches 35 Million Players During Its First Month
Next
Shoot Aliens For a Good Cause in Hive Slayer
Previous
Monster Prom: Collector’s Edition Gets Physical