Call of Duty Black Ops: Cold War – 3 Things I Liked (and Hated) About The Beta

It’s been a few days since the team at Treyarch launched the Call of Duty Black Ops: Cold War beta, and for the most part, it hasn’t been that bad. It has most definitely been 1000 times better than the Black Ops: Cold War alpha they let us try a couple of weeks ago. Of course, part of the reason the alpha was so bad was because we were Treyarch’s willing lab rats while they tested things such as over-powered sniper rifles. Fortunately, the alpha is far behind us and we’ve moved on to a much more enjoyable and stable beta experience. Sure, there’s still some work to be done, but there should be enough here to instill confidence that Black Ops: Cold War will be a solid Call of Duty entry, at least in terms of multiplayer.

3 Up – The Three Things I Liked About the Black Ops: Cold War beta

Call of Duty’s biggest competitor, Battlefield, has offered players the ability to target specific locations and enemies since as long as I can remember. In Call of Duty’s two battle royale efforts, Blackout and Warzone, you had the ability to “ping” enemies and objects. Fortunately, in Black Ops: Cold War, the ability to “ping” enemies will no longer be limited to specific modes. You’ll now be able to mark enemies and locations in multiplayer by aiming and pressing Left on the D-Pad. It’s an excellent addition that will help add a level of communication between teammates. During one match in Miami, I was on the balcony overlooking the city streets. I could see our enemies grouping at the far end by the restaurant. I was too far away to do any damage, but I could mark them and my teammates were able to hunt them down with a decent amount of success.

Room for improvement: Having this ability assigned to the d-pad was a bit inconvenient, as it meant I couldn’t use the left thumbstick when I was marking enemies. I wonder if double-tapping R3 would be a more convenient option.

Call of Duty Black Ops: Cold War introduces new game modes for fans to enjoy. So far, we’ve been introduced to Deniable Operations and VIP Escort. Deniable Operations are battles on an epic scale. It shares many traits in Modern Warfare’s Ground War mode, where teams will need to navigate a large map and hold various points on the map. The first thing I noticed was the maps didn’t feel as big as the Ground War maps, and that’s a good thing – I was able to get into the action far quicker in Deniable Operations. The other new mode, VIP Escort, is perfect for fans of the Call of Duty staple, Search and Destroy. Teams take turns protecting their VIP and escorting them to one of two extraction points. Like Search and Destroy, you can either complete the objective or kill all your opponents. The VIP Escort missions are part of the Deniable Operations experience, and use the same maps, but I imagine when the full game is released, we might see VIP Escort missions included in the standard multiplayer maps.

Room for improvement: The biggest problem with Search and Destroy is the high level of camping, usually done by defenders. This was immediately the case in VIP Escort. Since the VIP extraction points are helicopters, I wonder if it would be better if the helicopters rotated around the map, forcing defenders to constantly be on the move. Of course, once a VIP reaches a helicopter and the extraction process would began, the helicopter would stay in one location and the defenders could converge. 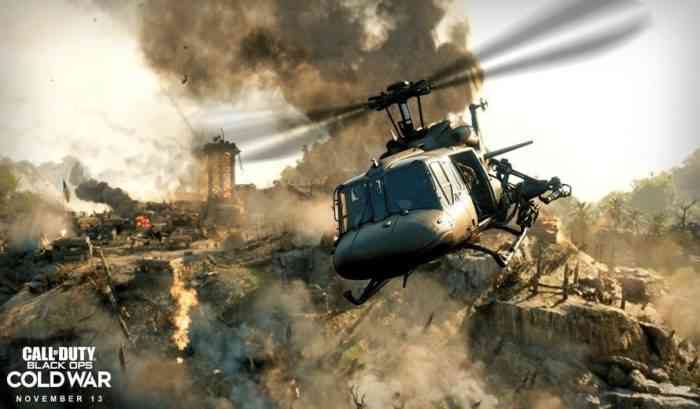 I wanted to take a moment to acknowledge a few smaller improvements to the Call of Duty experience that I really liked. For one, the movement seems to be very snappy in Black Ops: Cold War. This is in part to the initial speed boost you get when you first start sprinting, which soon turns into a steady run. The slide mechanic also seems to be much more pronounced, allowing for punchy offensive approaches when breaching into a room. These two aspects make for better flow in movement, which is critical in shooters. Another nice addition is the enhanced reporting system. While Modern Warfare allowed players to report griefers in game, Black Ops: Cold War enhances this by adding a couple new report categories and including a space to include notes. Finally, one thing I noticed on the multiplayer selection screen was a “Theatre” option, which to me implies the return of Theatre mode. In past Call of Duty games, Theatre mode would allow players to rewatch entire matches – particularly useful for figuring out how opponents might have gotten the jump on you.

Room for improvement: While the improved reporting system is definitely a plus, I would appreciate it if Treyarch took it one step further and allowed us to attach gameplay video to the reports. Often times, the infraction may be easier to describe if a small clip is included. This could help the devs track down various hacks, and exploits – creating a much more enjoyable experience. And with the return of Theatre mode, the reporting could also be included within that mode too, when careful review of the match shows some level of cheating.

Check out page 2 for the three things I hated about the Black Ops: Cold War beta.