Virtual Reality has often felt like the back-burner gaming option for some time now. In its infancy, VR was full of incredibly short games that were more in line with tech demos than true gaming experiences. Since that time the technology has been refined and remolded to create something wholly new, and in the last few years, we have seen the rise of some truly phenomenal games within VR that have rekindled the validity of virtual reality gaming. The latest device to bring this passion home to gamers is the brand new Oculus Quest 2, a powerful device that is completely wireless and offers a number of new features that make VR all the more exciting and accessible.

Out of The Box

My previous hands-on experience with VR was the Oculus Rift a few years prior, so I was excited to see what advancements the Quest 2 would have since my last outing into the digital realm. The unit itself is surprisingly lightweight and the initial process of getting it set up was a breeze. It only requires a wifi connection and a Facebook account to activate, followed by a short automatic update before it’s ready to use. The head straps are made of a thick, durable elastic with two clips that make adjustments easy on the fly, although the straps do tend to sit on the top of the ear and rub after extended uses which can cause minor irritation. The foam padding around the eyes provide a comfortable barrier against the necessary pressure to keep the unit in place and honestly I have had no issues with it at all, although some have claimed it feels like they are being scratched. Oculus does offer upgraded versions of the head straps and eye cushions should you want to replace them, but it hasn’t felt like a necessity to me. 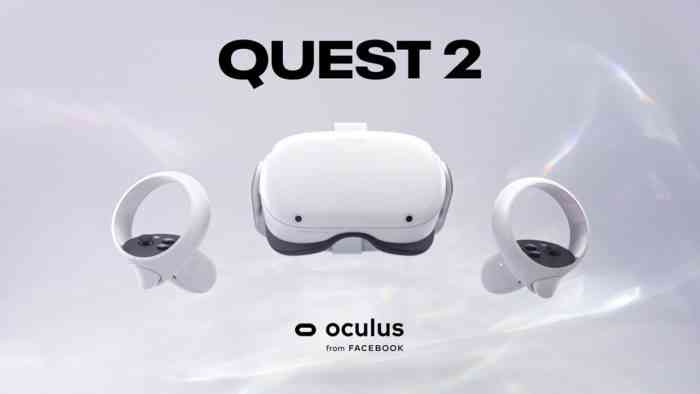 The Oculus Quest 2 features revamped Touch controllers inspired by those found on the Rift. They only require a single AA battery each to operate and they too are incredibly light. The sensor ring will detect the position of your thumb, and the combination of using the grip and trigger buttons lets you make simple handshapes in-game. I’ve been able to high five, fist bump, and give thumbs up to characters across various games and have them respond in kind which was a delight. The tracking of the Touch controllers is far smoother than I remember on the Rift making shooter games truly about skill and interactive puzzle games far more challenging and compelling.

The system features four external cameras that will track your hands should you choose not to use the Touch controllers. Being able to watch your fingers’ every movement as well as navigate menus with simple gestures is stunning to see and helps cement that feeling of being in virtual reality. The menu within the Oculus Quest 2 is very easy and straight forward, using widely recognized symbols for settings, social, menu, store, etc. You won’t find yourself trapped within layers upon layers of menus as it’s streamlined for ease of access. 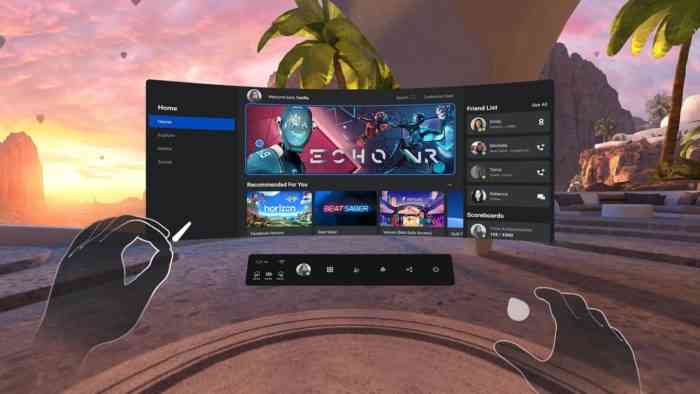 The Quest 2 uses the Qualicum Snapdragon XR2 processor which offers an incredible boost in power over its predecessor, the Qualicum Snapdragon 835. Among other things it offers six times the native resolution per eye and 50% more pixels, creating a beautifully crisp image at 1832×1920 per eye. While reviewing the headset I’ve also been able to play games at a 90Hz refresh rate. The Quest 2 will run 72Hz at launch with the 90Hz option disabled, but Oculus has stated they will unlock the 90Hz feature shortly after launch with an update. It will, however, fall to the discretion of the developers to decide if their games will make use of the 90Hz option.

Since not all faces are the same, the optical lens of the Quest 2 can be adjusted physically to three different IPD or Interpupilary Distance settings. This setting is adjusted by simply grabbing the lens and sliding it left or right between the 58, 63, or 68mm settings. Oculus has also stated that a difference of 2.5mm in either direction will still function just fine without issue, but I do suggest trying them all out to see what is most comfortable for you. It also comes in both a 64GB and 256GB model, however, given that most games on the Quest store max out at 5GB with many being 1GB or less, you should have plenty of space to store a ton of games even with the 64GB option. 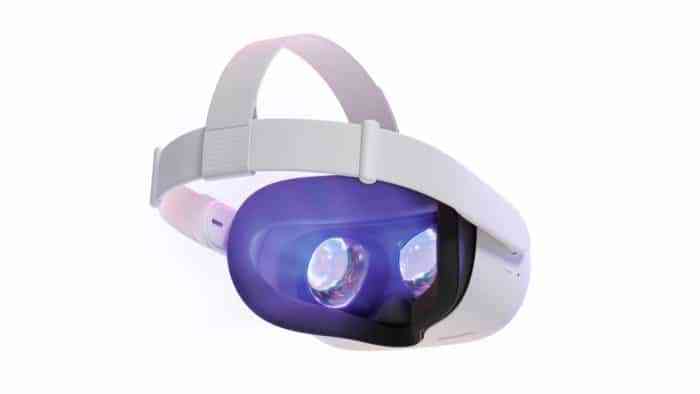 While the Oculus Quest 2 functions primarily as a wireless, standalone experience it can also be connected to your PC with an Oculus Link cable, giving you access to not only Steam VR games, but the Oculus Rift library as well. PC VR games currently run at the 72Hz refresh rate mentioned earlier with the potential to run 90Hz once it is updated, but it really is just exciting to have a headset with such versatile play options. Many games on the Rift store are absolutely gorgeous and only get more beautiful when running on the Quest 2, and swapping between them is quick and painless. Older VR titles benefit tremendously from running through the Quest 2 even without an official update due to the greater resolution and LCD display. The Quest 2 is also able to wirelessly access PC games using Wifi 6 through the Virtual Desktop app which leads me into my next point;

Just because VR is billed as a gaming platform it doesn’t mean it is limited to only gaming experiences. The Oculus Quest 2 has access to interactive stories, Virtual Desktop, exclusive documentaries, and streaming services like Netflix. I was able to comfortably watch a movie stretched out in bed while watching on what appeared to be an 80inch tv with no audio or video quality and no skipping. I did however have an issue of the headset powering down a few times during the film, but I have since adjusted the sleep settings to accommodate. I am the most excited about the Big Screen VR app which allows you to not only watch movies and tv shows, but you can do so with friends or even random strangers across the world. Your avatar appears within the same viewing room and you can chat, throw popcorn or tomatoes, and generally hang out. I watched a few minutes of GoldenEye on the big screen and it was an absolute delight. Given the state of the world right now, having the option to digitally hang out and go see a movie with friends is brilliant. 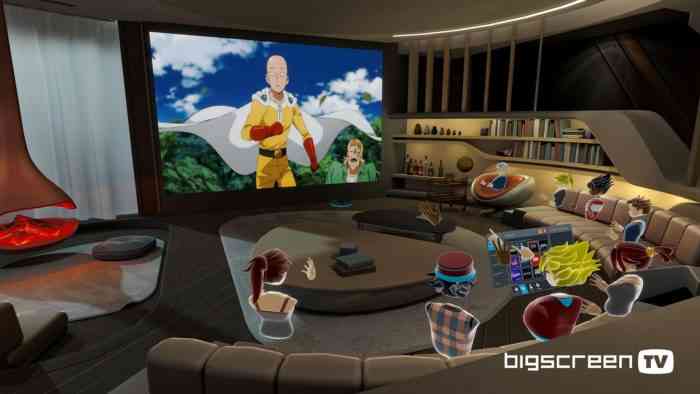 I went into Oculus Quest 2 with limited expectations on the devices audio options. Built into each arm of the device and sitting just above the ear is a small speaker port which I thought would give me tolerable audio to accompany the game. What I found was a reactive 3D sound that adjusts with my head movements. It isn’t necessarily top of the line, but the quality was still impeccable and enjoyable. It was crisp with satisfyingly low booms and immersive audio.

You aren’t limited to the in-built audio, however, as the side of the unit has a standard 3.5mm headphone jack. If you have a headset you absolutely love you can plug it in and drown out the world around you to truly be immersed in VR. I played for a few hours with different over the ear headsets and it worked surprisingly well both in audio quality and comfort. If you need to keep things quiet I definitely suggest plugging in a headset as even at lower volumes it is still quite audible to those around you.

In the past, people have marked their floors with tape or other objects as a warning sign when they start to get out of bounds. Things are a little more advanced now, as the Oculus Quest 2 has a fantastic Guardian system to keep you safe. Many games have multiple game mode options between the three core gameplay methods: seated, standing, and active. Seated and standing can both use the stationary boundary system which creates an invisible pillar around you. Should you reach through the pillar you’ll see a blue grid appear and start to turn red. If you travel through this boundary the headset will fade the game away and activate the external cameras, letting you see the real world around you. The active mode is where you’ll be taking steps and exploring a wider space. This uses Roomscale, where you’ll tell the system where the floor is and use the Touch controllers to draw a boundary around your space. The same grid will appear should you reach through it and the device is able to recognize a rooms previously set Roomscale and reimplement it each time you turn the system on. 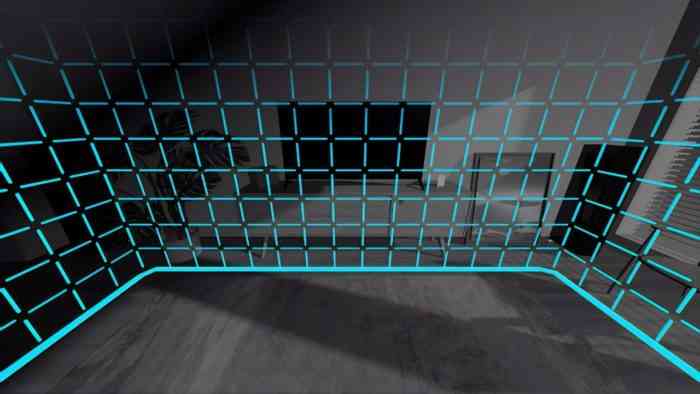 This is a great safety feature that works brilliantly and does wonders to keep you safe regardless of the environment you find yourself in. Ideally you want to play in an area roughly 6ft x 6ft, however, given the position of my furniture I did most of my gaming in a 7ft x 4ft space which – with some care – worked out for the most part, although I definitely recommend trying to find that 6ft x6ft or playing while seated. Also keep in mind you can choose to use the Roomscale setting when playing standing or seated, however, most games when you select seated mode will automatically adjust the camera to put you at a standing persons height while sitting down.

On the Other Hand…

The Oculus Quest 2 has been unquestionably my very best VR experience to date, but there are a few minor grievances I should note. While I personally didn’t find the head strap to be a problem there are many who find it cumbersome or uncomfortable to wear. As I stated, Oculus does offer an upgraded version of the head strap that is said to be miles more superior however its theorized they went with this stock design to keep the cost down. You most likely will want to adjust the straps slightly each time you put the headset on but it’s never quite so drastic as to be a serious problem.

The tension of the head straps can changed the angle at which the headset sits on your face, and you may need to go through a few awkward sessions before you figure out how to best adjust it for you. While the IPD lens adjustments are crucial, I also often find I need to adjust where the headset sits on my face by raising it or lowering it a few mm until it comes into better focus. I do also find that the lenses will need a regular wipe down with a microfiber cloth as moisture can build up on them after a brief session and blur your vision. These are minor issues, but not ones that everybody is guaranteed to encounter.

The Oculus Quest 2 is a surprising and exciting leap forward in VR interactions. Its interface is friendly to people of all experience levels, it’s library of games and apps cover so many interests and activities, and the fact it only retails for $299 USD is baffling. Colors and textures are crisp, the 2-3 hour battery life prevents you from feeling ill while still getting a worthwhile experience, and the level of immersion you can feel when in the water, floating in the sky, gunning down robots, or slashing enemies to pieces is exhilarating. Games have never felt more alive. If you are looking to start your journey into VR than the Oculus Quest 2 is affordable, versatile, and perfectly user friendly. VR no longer feels like a gimmick but instead is its own entire medium of engaging entertainment due in part to the Oculus Quest 2.

*Oculus Quest 2 provided for review by the publisher*