In a rather unprecedented move, developer Zatun Game Studio has ported a mobile game over to VR platforms. The result is Sniper Rust VR, and it plays about as well as you would expect – which is to say not well at all. Not only does it fail on all possible fronts, Sniper Rust VR’s worst offense is that it ignores common standards set by other virtual reality shooters, punishing players every step of the way with an experience that can only be described as “100% not user-friendly”.

As a nameless sniper, your job is to travel around the globe and shoot bad guys from afar. However, whatever promise this premise holds is immediately dashed seconds into the opening, where you are put on a shooting range with a selection of sniper rifles. Save for the bolt sniper which holds fewer rounds, these rifles all function identically, with the key difference between them being in appearance only. The problem comes when you try to reload.

Reloading these rifles is frustratingly difficult, not because the act requires basic gun-knowledge like in Onward or H3VR, but because of how unintuitive the control scheme is. Whereas shooters traditionally employ the grip buttons when it comes to handling a gun, Sniper Rust VR forces you to use the face buttons. On the Oculus, you first press X to summon a magazine out of thin air, then you press a different face button to pull the bolt. It’s unnecessarily complicated, especially considering these actions can be performed only with the non-dominant hand. When I attempted to reload with my dominant hand, the rifle simply floated in mid-air. This issue was most jarring in battle, as my natural instinct is to pull the bolt with my dominant hand while holding the rifle with my other.

After the shooting range, you enter the hideout, which serves as the mission hub. The hideout is thankfully the only section of Sniper Rust VR with free locomotion, because this is hands-down the poorest implementation of locomotion I’ve experienced. The high movement speed coupled with the uncomfortably low turning speed induced nausea the second I moved forward. To make matters worse, you have to walk around the hideout and interact with a number of objects prior to embarking on each mission. Go to the desk, open a folder, grab the DVD within, then go to the computer, insert said DVD, push a button on the computer monitor, then go to another desk, grab a briefcase, before finally going to the exit. Like with reloading, even mission selection is overly complicated. There is no reason why a player should have to jump through so many hoops just to start the game.

There are 18 missions in total, each comprising of brief chapters with specific goals. For instance, one may task you with eliminating all enemies, while another tasks with you taking out a VIP. You cycle through numerous vantage points over the course of each mission, which helps stave off some of the repetition in the gameplay. 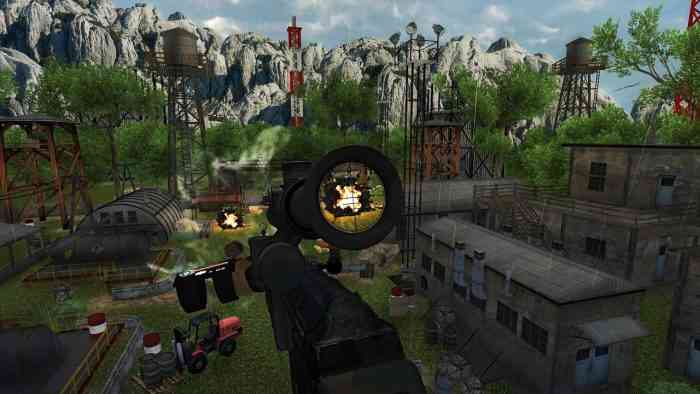 Sniper Rust VR’s gameplay is certainly challenging, but not the least bit fun. Once the shooting starts, there is also no room for stealth or tactics. As soon as you eliminate one enemy, every hostile is alerted to your position and will begin firing. Since you have no mobility or cover, your only viable option is to shoot down all enemies before your health drops to zero. You basically have to die. As the missions get tougher, the gameplay turns into an exercise in trial-and-error. Repeating sections over and over to learn and memorize enemy spawns becomes a core part of the loop. On top of that, an announcer shouts in your ears after each kill, with grating comments such as “Headshot!” or “Double Kill!”. There are also technical issues to contend with. Enemy hitboxes are so generous that even near-misses count as hits. Unless zoomed into the maximum distance, looking through the sniper scope always appeared blurry, no matter how I tried to position my eye.

Sniper Rust VR’s formula may work on the mobile free-to-play market, but as a VR title, it doesn’t take advantage of the medium in a way that justifies its existence. Anyone who has handled a sniper rifle in virtual reality will know that sniping should feel fun and rewarding, not like the chore as it is presented here. Unless you’re looking for a lesson in how not to design a VR shooter, steer clear of Sniper Rust VR. 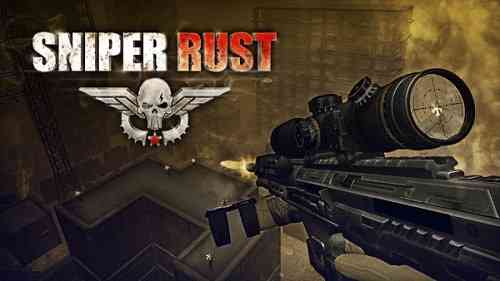