I was never a model builder. Neither the patience nor the funds required held any appeal for me. While I was somewhat fascinated by the finished product, the process involved in getting there was less compelling. New Gundam Breaker offers all the joy of that finished product while cutting out the extended time needed to actually build one of these models. There’s also a single player storyline, online multiplayer and the whole combat system to dive into, but let’s linger a moment longer on the truly satisfying model building element.

You have access to a huge catalog of parts, paints and weapons. You can assemble these countless components into a vast array of Gunpla models, each one tailored to your particular aesthetic tastes. The painting options are robust enough that you’re unlikely to ever see another Gunpla quite like the one(s) you’ve assembled. I messed around with a laundry list of pieces that gave me a whole army of Gunpla to drag into battle. You can pick the frame, the weapons, the limbs, the head, the body and more. On top of that, every fight in single player is started with a cutscene showcasing your creation’s dramatic entry onto the battlefield. The whole building phase was a fascinating exercise, one that made me wistful for a hobby I’d never actually dabbled in before now. The rest of the game is a different story.

Your role in the single player campaign is that of a transfer student newly arrived at a Gunpla battle high school. Every aspect of school life here revolves around building and battling with these models. Your skill in combat is of paramount importance. It’s not long before you find yourself immersed in a battle with the student council for control of the school. I’ll be honest, the story got crazy boring really fast. Before long I’d skipped at least two thirds of the scenes in an effort to maximize my battling time. If you’ve ever watched much anime you can already guess everything that happens. Your possible routes diverge at the halfway point, letting you coast to victory with a variety of tropes in the form of female classmates. I ended up picking the childhood friend path, whose stumbling romantic confession fell utterly flat. If you’re hoping my eagerness to battle is a good sign, I have some good/terrible news. 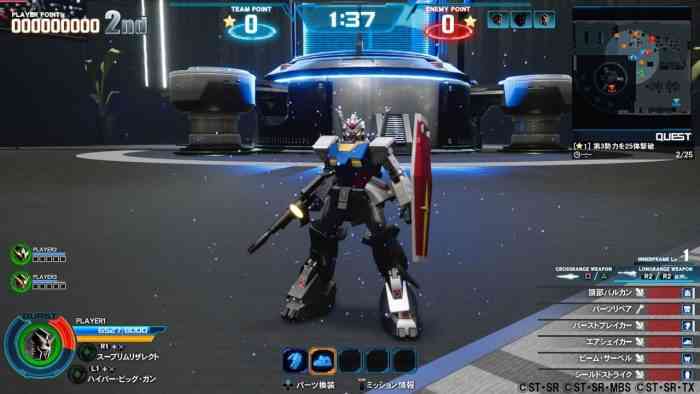 At the time this is being written, New Gundam Breaker runs like steamy garbage on the PS4. I never froze so bad I had to restart my system, but I spent a lot of tense moments waiting for the game to lurch back to life. Normally I try not to include glitchiness in my reviews. Often I get handed pre-release versions of a given game, with most bugs being smoothed out at launch. All of my time with Breaker was spent playing a launch day version of the game, however. The PC version was delayed, presumably to deal with a version that’s somehow even buggier than this one. The constant stuttering, framerate dips and other glitches were awful, but somehow not enough to prevent me from beating the single player campaign in around four hours. Assuming you have no intention of ever sampling the multiplayer section, the performance issues might not be a dealbreaker for you.

My brief time with the multiplayer opened my eyes to the game’s two dominant strategies, neither of which I’d required for the single player campaign. The first is break attacks, after which the game is named. If you separate a Gunpla from their parts, they’re forced to run around and collect them, or scoop up some last-minute replacements. Your special skills are tied to these parts, so you can see how important this technique is. The second strategy is grinding. You can get new parts through play, though you must manually collect these parts and drop them off at an ever-shifting spot on the map. Also, you’re more or less defenseless when performing this deposit. In light of these facts, part collection is a rather slow and laborious affair. If you want a Gunpla focused on break attacks, you might be a while gathering the needed components. Beyond the parts you collect, your Gunpla only gets stronger as the inner frame levels up. Like part collecting, this is a slow and tedious process. If the moment-to-moment gameplay doesn’t utterly engross you, you’re in for a pretty long ride.

I’m hesitant to recommend this game at the moment. New Gundam Breaker is beset with technical issues, yet it’s possible those will be wrapped up soon. There are some roadblocks to counter even if this game ran perfectly, however. The tedious storyline, the clunky leveling system and grindy gameplay are all obstacles to your prospective enjoyment. I had fun, though. In spite of the glitchy framerate and the constant stuttering, breezing through the single player campaign was pretty satisfying. I’ll definitely skip the story if I ever go back, but there’s real joy to be found in those battles. On top of that, the building aspect was quite satisfying. If you’re a fan of the franchise, I recommend watching the patch notes. Once this game actually runs how its supposed to, New Gundam Breaker could be a pretty decent time. 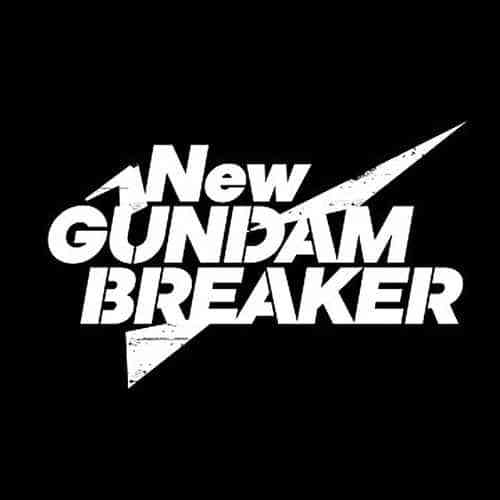