Shoot Aliens For a Good Cause in Hive Slayer

To quote Terry Pratchett, we’re living in interesting times right now, and sometimes it all gets to be a little much. We feel like we should be trying to put something good into the world, but in practice, nothing sounds better than sinking into a video game and forgetting that 2020 even exists. But what if you could do both at the same time? King Crow Studios is excited to present Hive Slayer, a VR throwback to classic arcade shooters, for free on Steam and itch.io for VR headsets. In exchange, they’re asking you to donate what you can to the Community Foundation for Southwest Louisiana Hurricane Relief & Recovery fund. You can donate through the Hive Slayer itch.io page or by going directly to the CFSLHRF site. Louisiana’s had an especially rough time, dealing with the aftermath of two devastating hurricanes on top of the pandemic, so anything you can give helps. Also, you get to help people while going on a trip down memory lane with nostalgic alien bug-blasting action. What’s not to love about that?

“HIVE SLAYER blends classic style with the power of VR to make you the galaxy’s deadliest defender,” boasts the press release. That sounds great, but what does it actually mean? Simple–this is a game that whole-heartedly embraces its arcade roots. An endless horde of alien bugs is descending from all directions, and you must fight them with nothing but a honeycomb-shaped shield, a plasma blaster, and all the power-ups you can shoot. Oh, and a synthesizer-heavy soundtrack taken straight from the 80’s. You’ll feel like you’re back in the arcade. 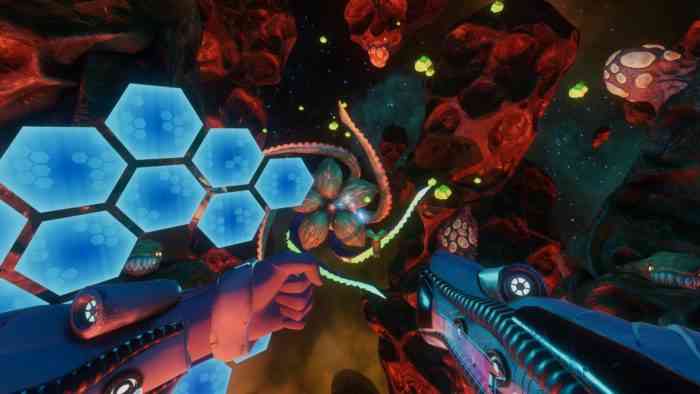 So what are you waiting for? Challenge your friends in local competition or hit the online leaderboards. Get ready to save the world, in-game and in real life.

Are you ready to blast some bugs? Let us know down in the comments, or hit us up on Twitter or Facebook.