Disco Elysium Is Getting a TV Series Adaptation

Indie game developer ZA/UM has officially partnered with the production company company behind Sonic the Hedgehog, dj2 Entertainment to create a Disco Elysium TV series. The game is based on a 2013 novel known as “Sacred and Terrible Air,” which will now be getting a TV show adaptation. Disco Elysium initially released for PC in October 2019, before beginning development for consoles. The ZA/UM game follows a detective with a mysterious past who must solve a crime that threatens to set powerful political factions into civil war and it’s likely the TV series will follow the same premise. Disco Elysium is currently available for PC and it’s set to release for Xbox One, PS4 and Nintendo Switch later this year. 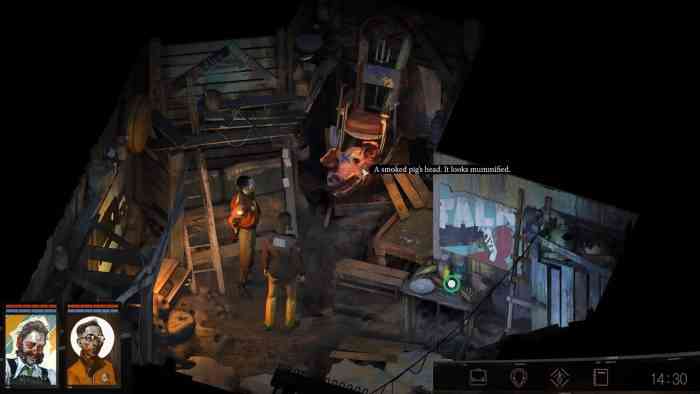 “We’re so gratified at the response ‘Disco Elysium’ has received, and very happy to be teaming with dj2 to expand the franchise for other media and new audiences,” said lead writer at ZA/UM, Helen Hindpere. Considering the heavy focus on plot and storytelling in Disco Elysium, we think it’s quite fitting that the indy game will be getting a TV series adaptation just like My Friend Pedro, which is being penned by the John Wick writer, Derek Kolstad.

“’Disco Elysium’ is a phenomenal property with an expansive world and unlimited potential,” said dj2 CEO and founder Dmitri Johnson. “The dj2 team is truly thrilled about this extraordinary opportunity to be part of it all.” While the Sonic the Hedgehog movie was one of the best films of the year, Disco Elysium may wind up creating the same sort of following when the TV series releases. No writer has been confirmed for the project and there’s no word on what network or streaming service behind it, but we’re looking forward to the Disco Elysium TV adaptation.

Will you be watching the Disco Elysium TV series? Let us know in the comments below!