Alongside titles such as New Pokemon Snap and Pokemon Sword & Shield DLC announcements during the recent Pokemon Direct, Pokemon Cafe Mix was announced. Pokemon Cafe Mix is a puzzle game where gamers play as the owner and operator of a Pokemon cafe who has to solve puzzles and get each Pokemon their ideal orders. Fans of Pokemon Puzzle League and Pokémon Trozei will no doubt be aware that the puzzle genre isn’t new to Pokemon but Pokemon Cafe Mix looks to introduce new puzzles for fans to enjoy. Pokemon Cafe Mix is releasing for free on Nintendo Switch, iOS and Android on June 23rd, with microtransactions available at your leisure. 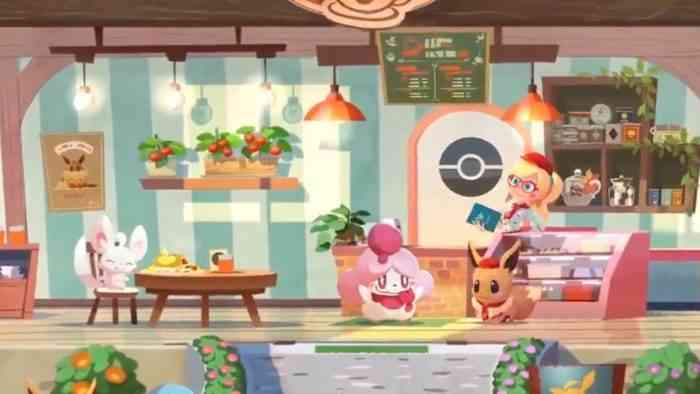 Each Pokemon has a unique personality, even if you come across two of the same species. Pokemon Cafe Mix seems to be based on the uniqueness of Pokemon and their complexities. Each Pokemon will visit the cafe to order their ideal food and drink and gamers will have to uncover the right items by completing puzzles. Each puzzle has a different objective that must be completed in a specific number of turns that varies depending on the puzzle.

Gamers won’t be alone in the cafe as it expands, with Pokemon helpers joining the ranks to help feed the constant demand. The game’s main currency is Golden Acorns and they’re used to recruit Pokemon helpers. Golden Acorns can be earned in-game or purchased with real money and they can also be used to regain hearts which will allow you to continue solving puzzles, suggesting that free fans will have to wait periodically. As the cafe expands, the menu grows larger which will surely increase the difficulty over time.

Will you be playing Pokemon Cafe Mix on mobile or Nintendo Switch? Let us know in the comments below!