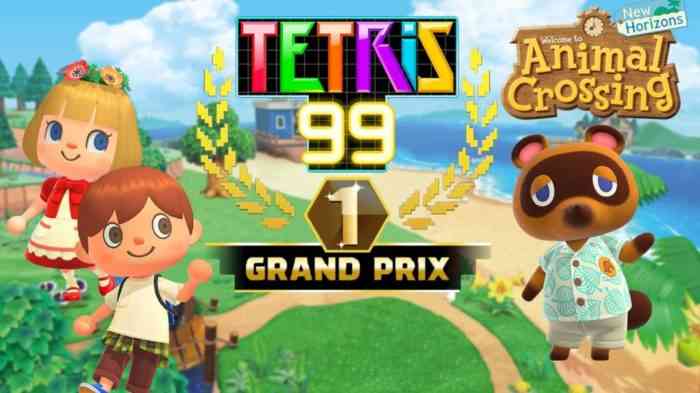 The combination of Tetris’ frantic puzzle solving in a PvP setting and the relaxation of the sights and sounds of Animal Crossing: New Horizons is a funny mashup that fans can work to unlock. The theme only requires 100 event points to unlock which makes it one of the more attainable themes to be added to Tetris 99. The Tetris 99 Maximus Cup is a great way to bring lapsed fans back and new fans in, with various themes enticing fans of other Nintendo franchises to try out the latest Tetris installment. With the success of Animal Crossing: New Horizons, we think it’s the perfect title for the 13th Tetris 99 Maximus Cup to feature.

“#Tetris99 meets the fun of #AnimalCrossing: New Horizons with the Tetris 99 13th MAXIMUS CUP, dropping from 5/15, 12am PT to 5/18, 11:59pm PT!” said the official Nintendo Versus Twitter account. “Earn at least 100 event points in Tetris 99 mode to get an in-game theme.” While our favorite Maximus Cup so far has been Splatoon 2, we’re looking forward to unlocking the Animal Crossing: New Horizons theme for Tetris 99 to show off to our friends.

Will you be participating in Tetris 99’s 13th Maximus Cup? Let us know in the comments below!