Local Battles With You and Your 99 Closest Friends?

I’m kidding, obviously. Although the prospect of jamming 100 humans in a living room for a local Battle Royale is tempting. A listing on the Nintendo Australia site has been spotted for the next Tetris 99 DLC, with this one bringing offline multiplayer to the table. Finally, portable Tetris multiplayer! 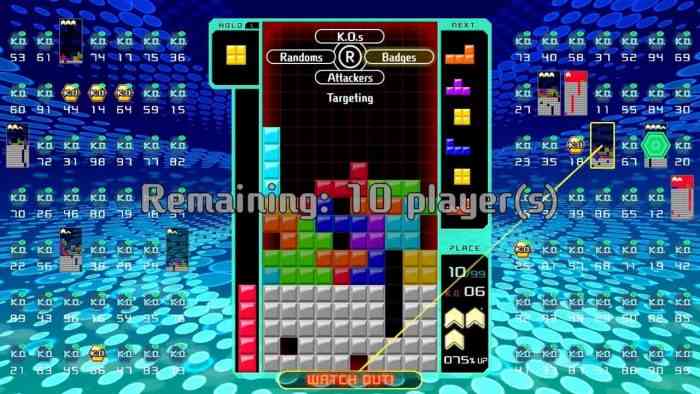 Assuming you don’t count the dozens of previous incarnations of this game. For Switch players, this is a big win. Any addition that boosts a game’s flexibility and play options is a good one. While we’ve already gotten single player matchups versus the CPU, this will let you throw down with friends and robots instead of just hopelessly competent strangers.

Sadly, there’s precious little official information on this DLC just yet. The release date is a placeholder, although it’s at least a 2019 placeholder. The Australian price is $15, which should translate to about 10 USD. Hopefully we get more information with an actual announcement very soon.