Something Else I Never Thought Tetris Would Get

Battle Royales have been the thing in gaming for the past couple of years. Every time a new game would come out, people would wonder if it would have a Battle Royale mode. Tetris seemed like the last game that would need to be a BR, but Tetris 99 works and it puts a new twist on a classic game. Nintendo has now pushed out an update that further shifts the Tetris paradigm with the Tetris 99 Team Battle Mode. You did it, Nintendo. You added multiplayer to Tetris. 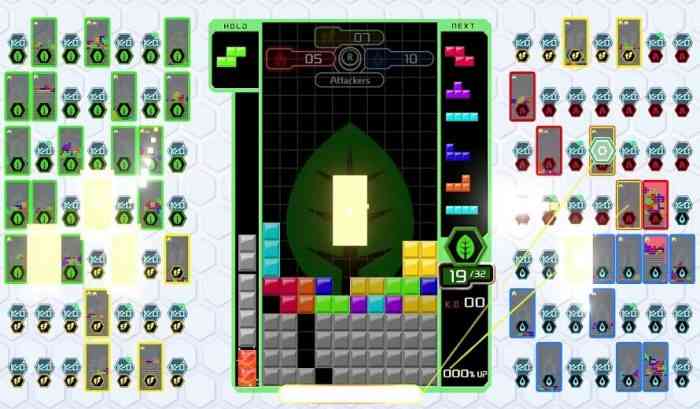 Team Battle Mode doesn’t actually change the experience that much. Instead of facing off against 98 other players, players will jump into one of four teams and work together to be the last team standing. Even if you are knocked out, you can enter spectator mode and stay until the end of the match to earn experience points. The teams don’t necessarily have to be even either. Smaller teams get increased bonuses to attacks to the larger teams. If you and your best friends are heavy hitters in Tetris 99, you can group up with a “password-protected matchmaking feature” for Team Battle Mode or regular matches.

Players will also be able to use their Tetris 99 Tickets to purchase past event themes like from Splatoon, Fire Emblem: Three Houses, and Super Kirby Clash. These themes cost 30 Tickets. Tetris 99 is available on Nintendo Switch.

Did you think you would want teams in Tetris? Let us know in the comments below.