Your Money or Your Lives

Call of Duty: Modern Warfare, while keeping the core feeling of CoD, has changed things up in a bunch of ways. Infinity Ward has done away with the season passes, they’ve taken a bigger risk with the campaign, they added skill-based matchmaking, and probably something else. One of the minor changes to the game that was made was the removal of a death counter. You know when you press a button in a match and it shows you how many kills and deaths everyone in the game has? Well, it’s gone, and some Modern Warfare players want it back, but it’ll cost them. 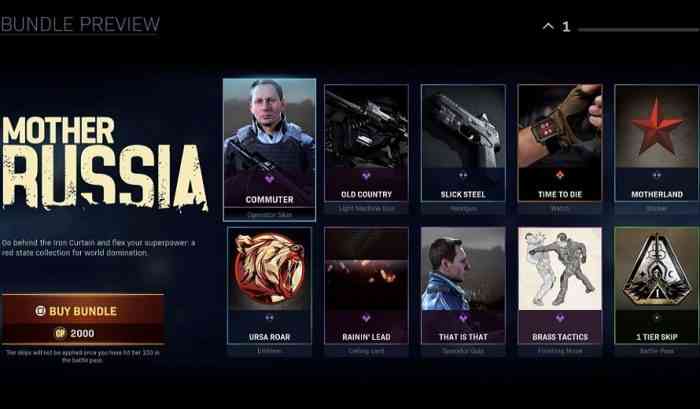 Instead of a standard update that brings back the death counter, Infinity Ward has released an in-game bundle called Mother Russia. It comes with a bunch of cosmetics, plus something called “Time to Die” which is a watch that a player can wear that will tell them how many times they have died and how many kills they have in the match. Infinity Ward has pledged to keep Modern Warfare free of microtransactions that will effect gameplay, and this watch won’t stop you from dying, but apparently there are some players that consider this a must-have.

Players who do not have this item will have to wait until the end of the match to see their number of deaths. “Time to Die” is not available through any other means besides the Mother Russia bundle, so player who absolutely need this will end up spending 2,000 CoD points, which is the equivalent of $20. Call of Duty: Modern Warfare is available on PC, PS4, and Xbox One.

Do you think this is a useful item? Let us know in the comments below.