Tetris 99, the free-to-play Tetris battle royale game, had added new DLC in the form of two all-new offline modes. Additionally, the next Grand Prix online event will kick off Friday, May 17th.

Available now for purchase via the Nintendo Switch eShop, the Big Block DLC adds two new modes to the addictive puzzler: CPU Battle and Marathon. The former allows players to compete offline against 98 CPU players while the latter is an offline high-score mode to clear the most lines. A third offline mode is scheduled to release this year, with more details coming at a later date.

Before today, Tetris 99 required a Nintendo Switch Online membership to play. But now with these two offline modes, anyone can pick up and play the game right away after purchasing the DLC. The main online mode still requires an online membership. 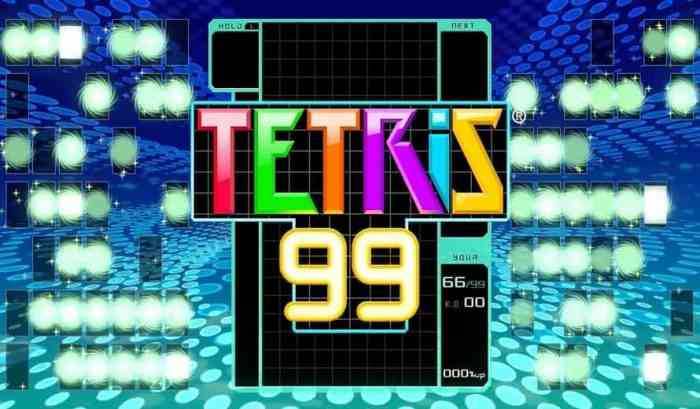 Both CPU Battle and Marathon were leaked in February by a data miner. They also uncovered a third mode called Team Battle where “two giant teams clash.” Could this be the third offline mode arriving later this year?

As mentioned above, the next Grand Prix online event begins on Friday, May 17th at 09:00 CEST to Monday, May 20th at 08:59 CEST. Players who earn themselves 100 event points over the weekend will unlock an exclusive in-game theme inspired by the original Game Boy Tetris.

Are you stoked for more modes of play? Share your thoughts with us in the comments below.