Rare Studios have officially improved the quality of life in Sea of Thieves with the recent update, Lost Treasures. One of the most important additions to Sea of Thieves with the recent update is checkpoints that allow you to easily jump back into what you were doing when you last quit the game, rather than spawning you at a local port. Now gamers can leave the game at any point without worrying about losing progression in their Tall Tales mission. Sea of Thieves is available for Xbox One and PC, with the title recently launching on Steam and the pirate simulator is also part of the Game Pass subscription service. 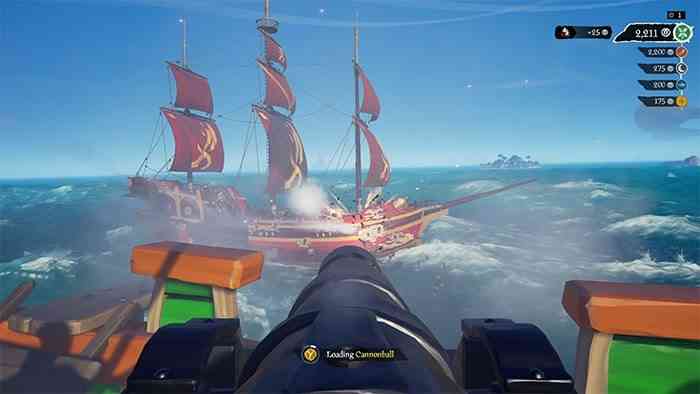 “Tall Tales are a great way to explore the astonishing stories of past pirates on the Sea of Thieves,” according to Rare Studios. Lost Treasures has added many new narratives to Sea of Thieves leading into many unique encounters, locations and challenges. Each Tale now has a descriptive tooltip on your ship’s map, so that gamers can easily pick which ones to do first and the checkpoint system will make sailing from one to another a lot easier. Gamers who have been looking forward to more story added to Sea of Thieves will have much to delight in with the Lost Treasures update.

Alongside the quality of life improvements added with Lost Treasures come limited time events and daily bounties, which give gamers more opportunities to earn more gold and rep. A new ship set has been added to Sea of Thieves with Lost Treasures known as the Blighted Ship Set which is inspired by State of Decay, another Xbox Game Studios property. With more customization, adventures and Tall Tales added to Sea of Thieves with the Lost Treasures update, fans have many more reasons to sail the seven seas yet again.

Will you be trying out Sea of Thieves’ Lost Treasures update? Let us know in the comments below!

Nobody Saves The World Celebrates One Year With Update
Next
More Than a Dozen EA Games Are Now Available on Steam
Previous
An Equipment Video has Released for Hunting Simulator 2, and it’s Impressive