These 10 Games Were Saved Through Updates

Over this console generation, there have been many games that either launched as a shell of what they are now or launched completely unplayable in some cases. Regardless of how these games launched, they’ve all been saved through updates. They say time heals all wounds and although many games fail to recover after a faulty launch, these titles thrived under pressure. Although many games don’t stand the test of times, the following games have aged like a fine wine.

Although Minecraft did launch with a large PC player base from the get-go, the game was lacking in many ways. At first, there wasn’t a clear way to craft. Gamers would put pieces in place and hope for the best, but now Minecraft gamers are instructed on what parts are required to craft what they want. Despite the natural minimalistic look, Minecraft has received a visual overhaul that added new creatures to the game. Theme packs and mods are available in Minecraft, allowing gamers to change up their game whenever they get bored of the basic version. This game made by Markus “Notch” Persson has gone from cult classic to pop cultural phenomenon on nearly any device people game on and gamers can play with their friends on other platforms, which isn’t as standard practice as it should be.

When Warframe released for the PC, Digital Extremes utilized an open beta period to allow their community to provide feedback so that they could refine the experience. It launched in 2013 and at the time it was struggling to compete with Star Trek Online. Oh how the tides have turned. Through continuing to listen to their community, Digital Extremes has turned Warframe into a success through regular updates, adding content to the game and microtransactions that don’t ever feel forced, unlike some other experiences that have come out since then. The game has branched out from the PC to PS4, Xbox One and the Nintendo Switch, making it a portable experience. Warframe is now one of the most played Steam titles, they peeked at around 50 million players and has won several awards. This is a free to play title that struggled to find its footing but has become a leader in the free game market my continuing to innovate. 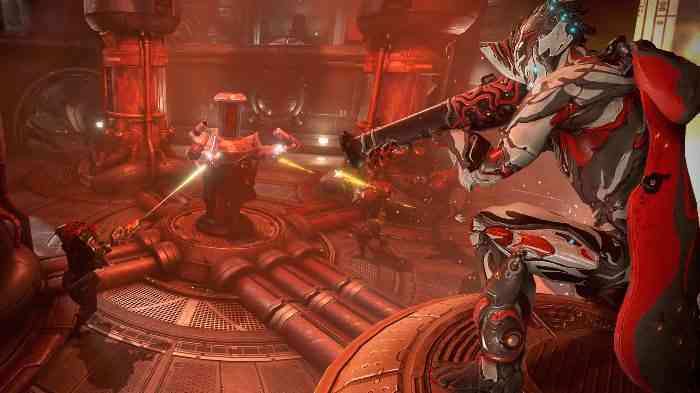