Ships of Fortune Joining Sea of Thieves This Month

During the recent Inside Xbox event, the executive producer of Sea of Thieves, Joe “Three Sheets” Neate, gave more details into the upcoming Ships of Fortune update. Just like the other personalities featured during this Inside Xbox, Rare developers are working from home but it won’t be stopping them from delivering the free update to Sea of Thieves fans on April 22nd. The free update will be available for all Sea of Thieves owners and Game Pass subscribers who sail the seven seas when it releases for Xbox One and PC. 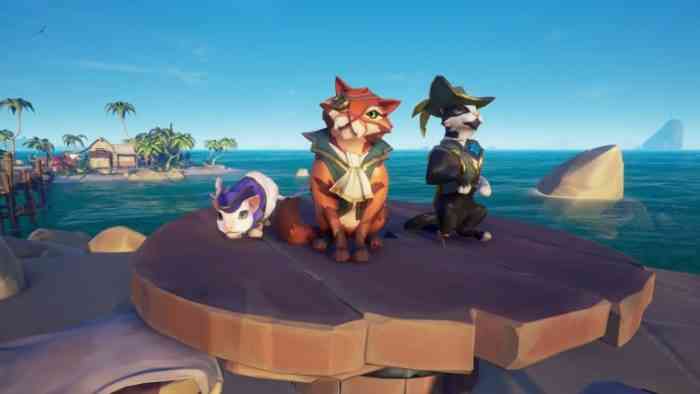 While Sea of Thieves already included companion animals previous to Ships of Fortune, the most important animal will be added to the game with three breeds this month: cats. Pirates will now have a limited frame of time to up their friends when enemies in PvE and PvP knock them down, similar to games such as Call of Duty: Warzone and Apex Legends. Pirates who appreciate a certain faction above all of the others can now become emissaries to earn brand new cosmetic plunder. To become the pinnacle emissary, pirates will have to prove their worth by grinding through five grades.

Pirates who become emissaries will quickly become targeted by emissaries, with each of you hoisting the flag of the faction you represent. A new company is joining Sea of Thieves with Ships of Fortune known as The Reaper’s Bones, which includes their own cosmetic treasure to appreciate. Pirates who want to become emissaries of The Reaper’s Bones will have to hunt Emissary Flags and steal them as trophies. The dedicated Arena mode is receiving a big overhaul, replacing the various treasure maps with one chest marked by a Sea Dog Beacon for all pirates to swashbuckle over.

Will you be setting sail on the Ships of Fortune update for Sea of Thieves? Let us know in the comments below!