Rare recently shared several detailed statistics that have racked up in the Sea of Thieves community throughout 2019 from hours played to ships caught on fire. The game received several updates across 2019 which added content such as the Fort of the Damned and the ability for pirates to catch fish. These updates kept gamers sailing the seven seas as Rare made Sea of Thieves an essential pirate experience. Across 2019, pirates raised 216 billion in-game gold in total and played a total of 121,086,625 hours. Sea of Thieves is continuously getting updates for Xbox One and PC and is available on Game Pass. 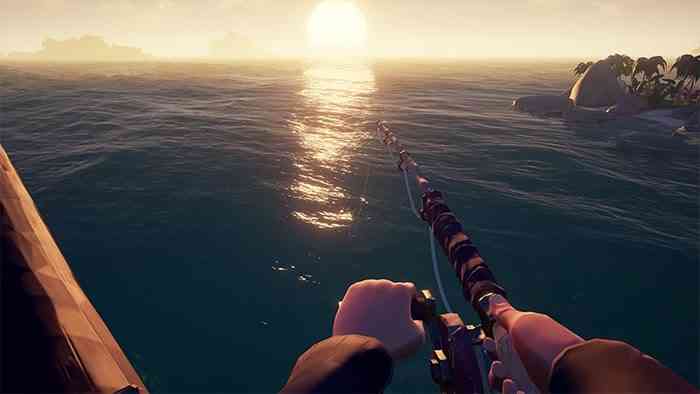 Since the ability to fish was added to Sea of Thieves, pirates have caught 43,639,010 fish in total. Deadly skeleton ships sailing the oceans have been encountered 44,516,452 times while pirates have also encountered 25,157,099 Megalodons. A total of 1,698,383 ships have caught fire across 2019 and since the game launched in 2018, that’s merely scratching the hull. The Gold Hoarder enemy has been slaughtered 160,219 times, while The Arena has seen 526,665 player victories.

Although gunpowder barrels can be used for exploding powerful enemies, 6,203,299 barrels have been sold to vendors across 2019. Players have also been visiting the Black Market 12,124,380 times, giving us an idea of money spent in-game. A whopping 104,044 players have ventured off onto Dark Relic voyages and 3,802,099 Reaper Chests have been sold. Taking the fight to the Fort of the Damned, pirates have died 25,689,713 times trying to clear the raid, while 35,233 of the themed cosmetics acquired from it have been equipped.

In 2019, players earned 127,486,291 levels of reputation in a combined effort to become Pirate Legends. This is no major surprise given that most tasks reward reputation points and 121,086,625 hours have been played throughout the year. What have you been doing in Sea of Thieves this year? Are you excited for Rare’s pirate simulation to get even more content? Let us know in the comments below!