Sea of Thieves Sails Its Way to Tabletop

The Pen is Mightier Than the Swashbuckle

Sea of Thieves has had a bit of a resurgence recently following its one year anniversary update, and now the folks at Mongoose Pub are making a version of the game that can actually be played on a pirate ship (lamination recommended)! 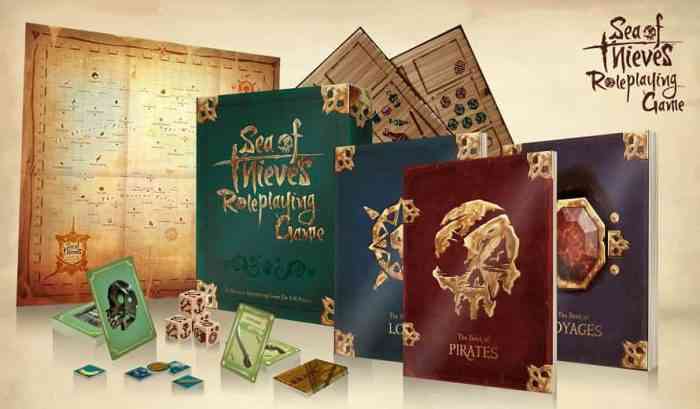 The game is already available for pre-order, and those who pick it up will be privvy to a PDF file of the game’s rulebook. According to the official announcement over on Mongoose Publishing’s website, rules are “designed for quick, immersive roleplaying that features action, problem solving, and above all, fun!” The whole box set comes with:

As you can see at the bottom there, it comes with special sails its video game counterpart on Xbox One and PC. The tabletop game is set to launch this October.