An Equipment Video has Released for Hunting Simulator 2, and it’s Impressive

Hunting Simulator 2 Has a New Video Out, Showcasing the Game’s Impressive Hunting Equipment

Today on their YouTube channel, NACON released a narrated video, describing the wide variety of weapons, accessories, and outfits that will be included in the new game, as well as customization opportunities. To be exact, there will be more than 70 exact replicates of popular hunting weapons (made by Winchester, Browning, Verney Carron, Bushnell, etc), and more than 90 clothing-items and accessories to choose from. Hunting Simulator 2 seems like it will be staying true to its name– giving players realistic gameplay, and the ability to make the game their own.

Players will have the ability to hone their skills in the shooting range, master the ability to change their approach based on the type of prey. They will also be able to explore expansive European and North-American biomes with over 33 animal-species to discover. The animals themselves have been programmed using AI to give them unpredictable, and true-to-reality behaviours. The developers have emphasized how precision-based the game is, which hopefully means that the game will be refreshingly challenging. 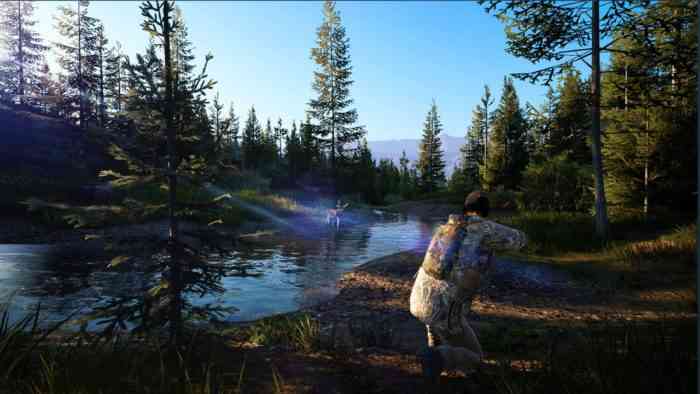 An in-game replica of the Beretta 486 Shotgun will be even to those who preorder the game, which is the result of the developer’s collaboration with designer Marc Newson. it is a collector’s piece, intricately engraved, 12-calibre, and will delight anyone who enjoys weapon-craftsmanship. For those who don’t want to take advantage of this unique opportunity, the game will be released in North America on June 30th for PS4 and Xbox One, and July 16th for PC.

Made possible by NACON and Neopica, Hunting Simulator 2 seems like it will be delivered to us as a complete package– with beautiful graphics, seemingly delicate handling, and lots of world to explore. We excitedly await the game’s release, so stay-tuned for a possible review-article!


WARNO’s Murat Patch Will Officially Release In Early May