Yet Another Duke Nukem Copright Dispute Has Begun

Gearbox has officially filed a lawsuit regarding the Duke Nukem series with the original creators, Apogee Software and 3D Realms. When the Borderlands developer acquired the Duke Nukem franchise in 2010 the series’ creators apparently included a clause that promised that the series had no problems with copyright infringement that could impede development of both remasters and new games. This deal apparently doesn’t include the rights to use assets such as the music composed by Robert Prince. Duke Nukem 3D: 20th Anniversary World Tour is available for the PS4, Xbox One and PC right now, with a Nintendo Switch port releasing on June 23rd. 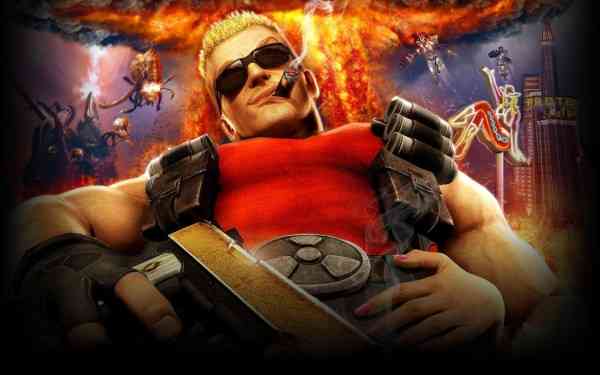 When Gearbox acquired Duke Nukem from Apogee Software and 3D Realms, they didn’t get everything they expected as Robert Prince sued Gearbox and Randy Pitchford after the initial Duke Nukem 3D: 20th Anniversary World Tour 2019 release over the use of his music in the remaster. Robert Prince apparently had a licensing deal with 3D Realms for his contributions to Duke Nukem’s original soundtrack and he wasn’t properly compensated for his music when Gearbox acquired Duke Nukem in 2010 according to Chief Executive Officer Randy Pitchford.

According to the official filing to the U.S. District Court, Gearbox’s lawsuit primarily focuses on the licensing deal with the two companies and Duke Nukem creators Scott Miller and George Broussard. Going into the Duke Nukem acquisition, it seems like Gearbox wasn’t fully aware of the licensing deal between Prince and 3D Realms and 3D Realms may have lied through omission when agreeing to their terms. In a previous lawsuit between Gearbox, 3D Realms and Intercepter Entertainment, a judge had to declare Gearbox Duke Nukem’s “rightful owner.”

Are you sad that Duke Nukem’s parents are fighting? Let us know in the comments below!

Homeworld 3 Collector’s Edition Has Contents That Are Out of This World
Next
Rocket League Update 1.78 Is Now Live, Changes Game Forever
Previous
Second Extinction Gets Gameplay Reveal