Gearbox’s Brothers In Arms Getting A TV Adaptation

Not Band of Brothers, A Different Thing

Video game adaptations are a dicey prospect at the best of times, so why not try for a sure thing? To that end, Gearbox’s Brothers in Arms is getting a TV adaptation, according to a recent Variety report. The show will focus on “real, previously classified events from World War II.” Gearbox’s Randy Pitchford and showrunner Scott Rosenbaum are teaming up to produce the project. 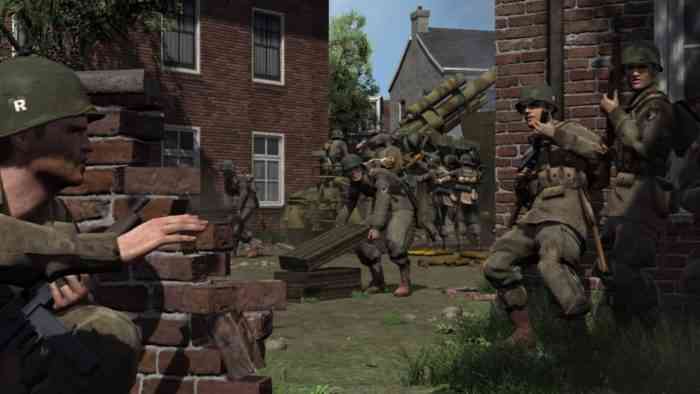 For the uninitiated, Brothers in Arms: Road to Hill 30 is based on the actual “Mission Albany of the 502nd Parachute Infantry Regiment.” The initial game spawned a whole series of sequels and spinoffs, so it’s a great candidate for a TV adaptation. On the other hand, it feels like a long walk to tell a war story. Like, couldn’t they just make the show based on the actual events?

The show is apparently going to focus on historical and fictional figures from both sides of the conflict, with an extra focus on brotherhood. This is a great idea, although I was dead certain until the last moment that this story was already a TV show. My bad everyone, I was thinking of ‘Band of Brothers,’ a completely different World War II television series with a wholly unrelated focus on brotherhood and camaraderie in times of terrible conflict.