This Time, Poor Graphics Will Work for Us

The rumor was recently confirmed that 2K would be foregoing WWE 2K21 this year. This decision was made in response to WWE 2K20’s subpar quality and the fans’ reaction to it. Today, WWE 2K Games announced what the game that would be coming out in 2020: WWE 2K Battlegrounds. Although it sounds like a wrestling spin-off of PUBG, it isn’t. It is an over-the-top, more cartoon-y wrestling game. It runs in the same vein as NBA 2K Playgrounds, visually and gameplay-wise. A trailer was released along with this announcement. 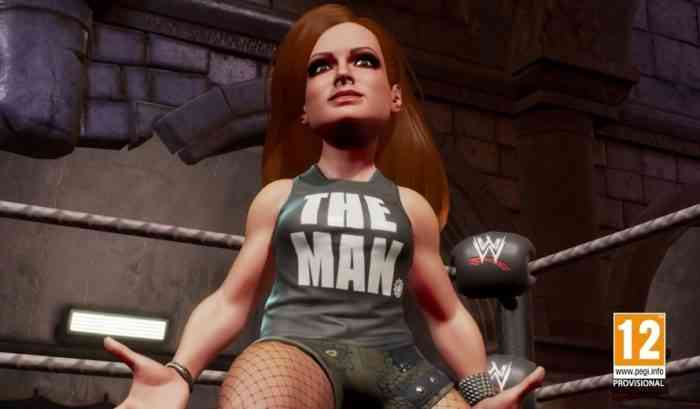 The trailer shows a couple of different matches. We see Dwayne “The Rock” Johnson versus John Cena in an outdoor Louisiana Bayou-type arena, where The Rock actually throws John Cena into the jaws of crocodile. We also see WWE 2K20 cover star “The Man” Becky Lynch versus “The Queen” Charlotte Flair wrestling in an underground arena. What you will notice about this game first would probably be the over-sized heads of the wrestlers. You will also notice the excessive fireball attacks, which are not regulation moves. 2K will be focusing on a pick-up-and-play style of game that can appeal to both casual and hardcore fans.

The other part of the announcement of WWE 2K Battlegrounds was addressing the elephant in the ring; 2K20. Everyone knows it did not live up to expectations. They said that they would be taking a break from wrestling simulation games to get the visuals right. They also said that online servers for WWE 2K19 would continue running for the time being, since 2K20 is not great. WWE 2K Battlegrounds is expected to release in the Fall of 2020.

Will you be picking up WWE 2K Battlegrounds? Let us know in the comments below.

‘The Wrestling Code’ Could Be the Next Champion
Next
Gearbox’s Brothers In Arms Getting A TV Adaptation
Previous
Alien Isolation is 95% off on Steam for Next 2 Days!