The Producers of the Film Cite Deadpool as an Inspiration

Duke Nukem is currently planned to have his own movie and a famous wrestler, John Cena, is slated to play the 90s game protagonist, according to this interview producers had with CinemaBlend.

“We don’t have a script yet, so that is confirmed at this point but if [Cena] reads the script and he doesn’t like the script I’m sure there’s ways that he could pull out, but right now he’s our guy,” said one of the producers, Andrew Form.

Form cited Deadpool as an inspiration during the interview, saying that Deadpool “nailed” the comedic tone that they hope they can use for Duke Nukem’s movie. “How do you nail that tone in the way that Deadpool nailed the tone? I think we have to do that and if we don’t get the tone right then we’re not going to make the movie,” said Form.

Of course, the upcoming film could face trouble due to Duke Nukem’s misogynistic and sexist personality. In the era of #MeToo and with modern society’s views on the treatment of women, a film that has a protagonist like Duke Nukem could face alot of backlash. 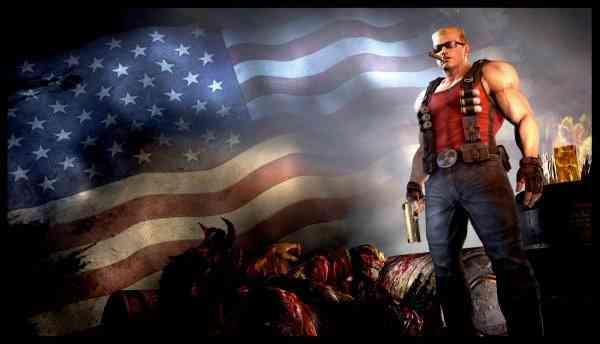 “You know that having a misogynistic guy in today’s world,” explained Form, “how do you make that fun and lovable and at the same time he’s got to be an incredible badass, so those are the things that we’re struggling with and we’re going to try and come out with what I hope is a really fun ride. That’s the goal, is for it to be a really fun ride.”

Video game movies are usually received poorly by critics and aren’t exactly blockbusters when it comes to the box office but the success of the recent Tomb Raider movie shows that its possible to make a decent movie that’s based on a video game franchise. So maybe this Duke Nukem movie could be a success?

What do you think? Do you think that this movie could work out? Is a Duke Nukem movie a good idea in today’s climate or should this project be abandoned? Let us know in the comments below!