As a gamer and a fan of movies, I was hell-bent on giving the newest Tomb Raider film adaptation a chance. That said, I attended the premiere with virtually zero expectations. On the one hand, you have a talented, Oscar-winning actress in the starring role, as well as a solid production team. On the other hand, you have a video game movie…

Considering the legacy of Tomb Raider, I—as well as many gamers, I’m sure—take the origin of Lara Croft for granted. However, the film has its own treatment of Lara Croft’s origin. I scratched my head at aspects of this retelling and deliberated on whether it made sense for an established hero like Lara. For the most part, the origin worked very well in building her character and introducing her to new audiences. I even grew to enjoy the rising action and Alicia Vikander’s portrayal of Lara more than I thought I would. Moreover, thanks to my attachment, and the occasional moment of humor, I found myself greatly entertained during the first act. Speaking of which, the jokes in Tomb Raider land near perfectly. Despite holding no area in my expectations, the film surprises with its comedic timing. Some additional surprises made me laugh out loud, but I won’t spoil them.

Appropriately, the plot of the film kicks off with a puzzle. While puzzles have always been a mainstay of this property, they solicit the same level of intrigue as films like Indiana Jones. Like so, the film will immerse you in its mysteries and tantalizing clues; both carry the story forward, which is something you’d hope for from a movie about treasure hunting or anything with the name Tomb Raider. Mysteries and clues sprinkled throughout kept my brain moving and my eyes glued to the screen. Even better, they made me smile. 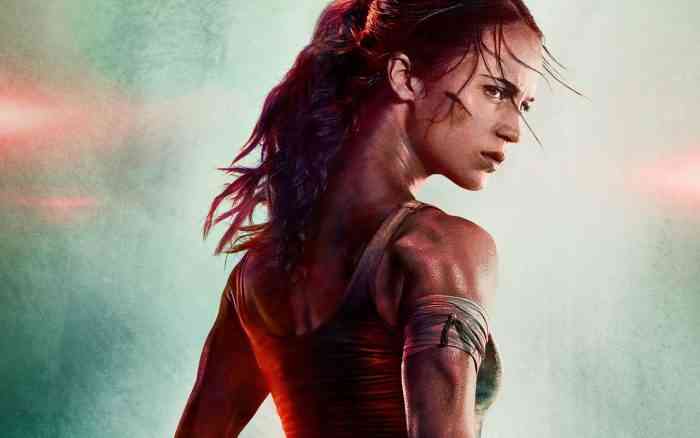 The film does more with Lara by recalling moments of her childhood. Significant moments in her life are recalled through flashbacks that are both endearing and instructive. Humor, wit, and endearing moments make Lara, adeptly played by Vikander, so enjoyable to watch. Certainly, the story’s pacing helps in constructing her identity. Thus, by the precipice of the 2nd act, I had plenty reason to invest in the character and the proceeding story.

Then the action starts, and the film pivots into spectacular special effects. What’s great about the CGI is that you don’t think you’re seeing CGI. Spectacular set pieces and a variety of on-screen features blend seamlessly with the stunts. One scene, clearly inspired by 2013’s Tomb Raider by Crystal Dynamics (like much of the movie), was jam-packed with adrenaline and visceral video game imagery. Scenes of fast-paced thrills hearken back to the game without feeling cheesy. The final execution allowed me to breathe a deep sigh of relief, especially when I considered the track record of video game movies. Topping it all off, Alicia Vikander’s performance grounds you in the moment, so much so that you might find yourself watching and waiting with baited breath. 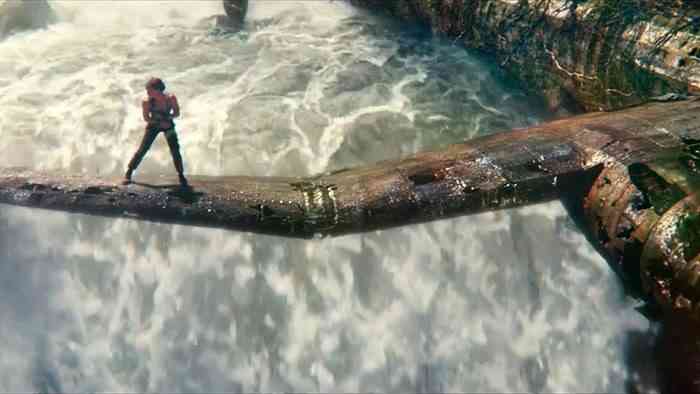 If you watch the movie with a gamer’s lens, you will catch some references, but they won’t disrupt the pacing or the immersion. I’m happy to say the acting and direction bring their own draw to the story, at least until the third act. The third act is where the film stumbles and hits a gravelly road.  Let me make myself clear: I went into this film with very little expectation, but the first part of the movie lifted those expectations quite high only to disappoint by the end.

Right about the third act, the film witnessed a change of pace and circumstance that made me lose interest. Worse, the storyline became predictable. After the compelling characterization that came with the first act, and many of the action sequences that made my blood rush, the last act decides to abandon focus and retreat into generic storytelling. In this film’s attempt to set itself apart from the inspirational source material, it descends into Hollywood clichés and weird decisions. It’s as if writers changed mid-script, leaving the rest of the film to lose its story flow.

Vikander as Lara was evocative, entertaining, and emotional. Vikander is the Tomb Raider

Thanks to a few more questionable decisions, Alicia Vikander, who had been doing so well as Lara, surrenders a portion of the spotlight for a narrative and characters that can’t quite keep up. It’s no coincidence that the moment the script took a downturn was also the moment it started downplaying its best asset. Vikander as Lara was evocative, entertaining, and emotional. Vikander is the Tomb Raider. When she no longer served the focus, it was thanks to the cliché storytelling I mentioned.

While we’re at it, let’s talk performances. They’re fine. Walter Goggins plays a decent villain as Father Mathias, and he airs the appropriate level of sinister with inklings of insanity creeping through in his performance. Daniel Wu as Lu Ren worked as a supporting character to Lara; funny at moments, he facilitates a great character dynamic. The manner in which he delivered a few lines at times did make me pause. Then there’s Dominic West who played Lord Richard Croft in Lara’s flashbacks. You will feel his affection for Lara, and it does help you understand the main character’s motivations. Sure, their performances work, but some character decisions just stop making sense down the line. You can distinguish when the characters are behaving realistically and when they’re just trying to move the plot forward. Unfortunately, the film relies on foolishness instead of clever plot devices to progress—part of why later scenes feel rushed. 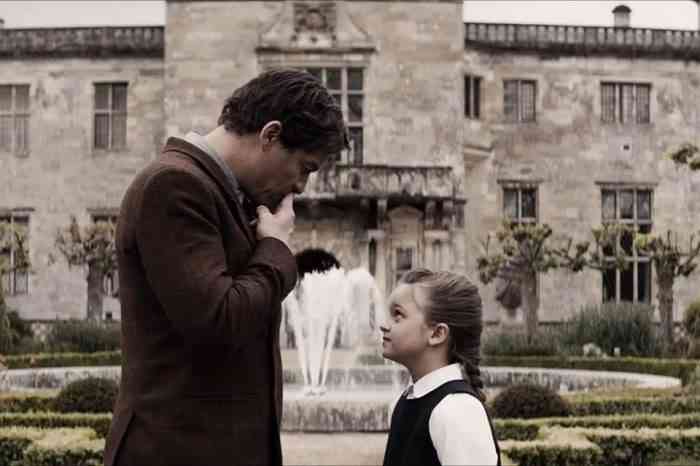 Further, fans of the game may have bigger gripes upon seeing the film’s conclusion. It’s no secret that it takes direct inspiration from Square Enix’s 2013 video game, but the treatment of the source material at the end may receive lukewarm responses. Objectively, I think the ending is interesting despite the comparison. Casual moviegoers may enjoy it just fine. In terms of adapting, however, the theatrical ending reminded me why video games are usually bolder than film.

While the script in some places does a mild disservice to the main character and the actress playing her, there’s no denying the film’s polish. It contains good acting, a mixed narrative, great production value, and, most importantly, a great Lara Croft. Despite my issues, this film bears none of the stink we associate with video game movies these days. Most facets work well, some of them great; it’s a good film, and I really am hoping for a sequel. 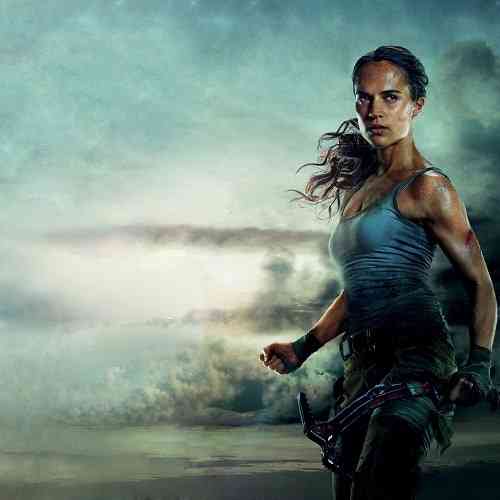