Bethesda has highlighted their 2020 roadmap with the inclusion of new seasons that will replace challenges. The recent Wastelanders update brought lapsed fans back and was the most highly praised update added to Fallout 76 and it looks like Bethesda intends to capitalize on it. Fallout 76 gamers will progress along a board game inspired season by completing various objectives and in-game challenges towards rank 100 while unlocking new rewards along the way. Fallout 76 is available for PS4, Xbox One and PC now, with the Wastelanders update bringing human NPC’s to the online Fallout title. 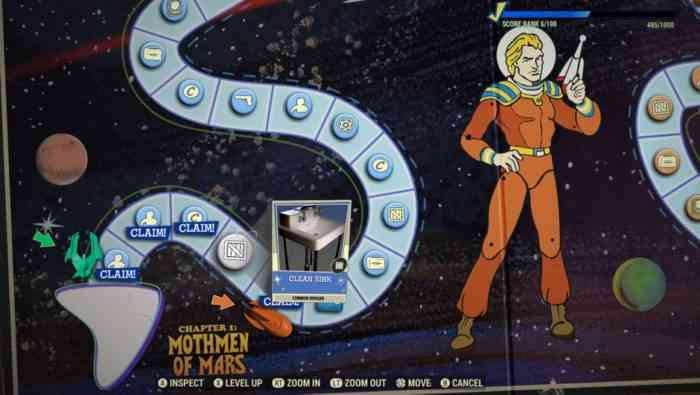 At the end of each season’s board game, Fallout 76 players will receive an “End of Season” item bundle. Gamers can use both Atom, daily and weekly challenges to progress along the board as well as completing in-game challenges and achievements. Players can spend around 150 Atoms to unlock a level in the progression board, though the first two weeks of each season will lock this feature off so everyone is around the same progression.

Bethesda plans to add four seasons to Fallout 76 each year and they will all run around 10 weeks. Fallout 76 won’t roll from one season to another, there will be a bit of a buffer in between seasons for gamers to play with their latest rewards. Every season being added to the online Fallout game will focus on a theme and new content added to the game. An example given by Bethesda of new content being added with a season was this winter’s “Fractured Steel” Season which brings the Brotherhood of Steel to the Appalachia, including new NPCs, quests and companions. We hope to see even more factions brought to the game after seeing how Wastelanders refreshed Fallout 76.

Are you excited to see how seasons change up Fallout 76? Let us know in the comments below!