Bandai Namco recently released screenshots teasing their upcoming Dragon Ball Z: Kakarot DLC known as A New Power Awakens (Part 1). The screenshots focus on Goku and Vegeta training to defeat Lord Beerus, the God of Destruction and it’s likely that fans will reach new heights as the duo in the upcoming DLC. The DLC is available now but gamers will have to wait until next week to grind through the new content added with it. Dragon Ball Z: Kakarot is available right now for PS4, Xbox One and PC and the DLC is available for purchase through the season pass as well. 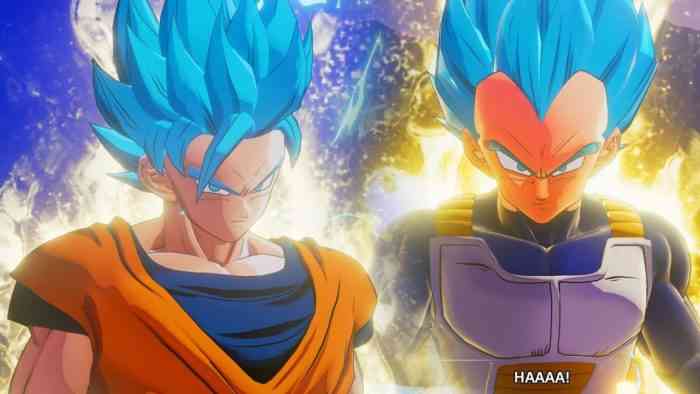 The content included with A New Power Awakens (Part 1) can be accessed at any moment, meaning even if gamers haven’t completed the main story, they can access the DLC content. While the main story focuses on events that took place during Dragon Ball Z, the DLC will focus on Dragon Ball Super content and we can’t think of a better way to introduce Super content to the game than to introduce Lord Beerus. We hope that both his immense power and gluttony for Earth food transition over to Kakarot as well.

Both Goku and Vegeta will gain access to the Super Saiyan God ability with A New Power Awakens (Part 1), allowing them both to reach a new height of power to take on Destroyer. It’s unclear how many more Dragon Ball Super characters will be added to Dragon Ball Z: Kakarot through DLC but we hope to see Zeno and Monaka added. Gamers who skip main story content to complete the DLC stuff will find their increased power level makes them destroy main story enemies, so proceed with caution.

Will you be getting the DLC content for Dragon Ball Z: Kakarot? Let us know in the comments below!