Dragon Ball FighterZ is entering its third year of post-launch content. Yesterday, Bandai Namco producer Tomoko Hiroki explained some of the changes coming to FighterZ in a video. While that was informative and useful knowledge for hardcore players, more exciting news is almost always concerning new characters and content. Earlier today, Bandai Namco released the Dragon Ball FighterZ Season 3 trailer. Not only does it show off cool animations inspired by the iconic show, but it also introduces us to some new characters for the upcoming season. 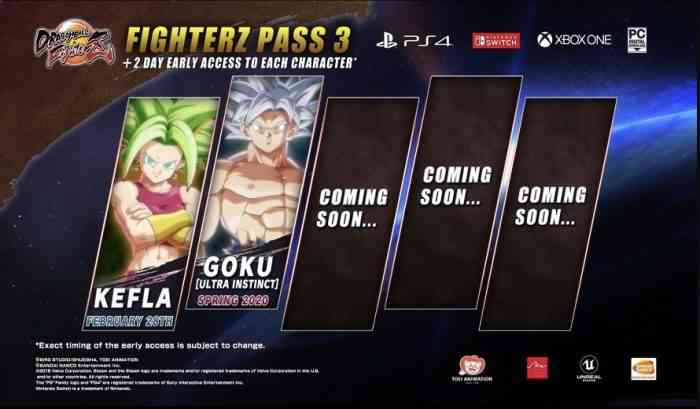 The trailer opens up with Frieza and Goku teaming up to fight Jiren. After a brief fight that spans entire planets, Frieza and Goku overcome Jiren. The trailer then introduces… another Goku. Ultra Instinct Goku appears to be the first fighter for Season 3. As if he needs to get any stronger. But wait! He won’t be the first fighter of Season 3. He is interrupted by some female voices. Kale and Caulifla fuse to make Kefla. In the manga, Kefla is known to take on Goku in his Super Sayian God form and hold her own. The trailer shows a recreation of this encounter for her introduction.

Are you more looking forward to another Goku or Kefla? Let us know in the comments below.

There Is a Stage Play Based on River City Girls