Thanks For the Assist

For a while now, fighting games and other genres of competitive games have often used seasons as ways of marking phases of post-launch development. Dragon Ball FighterZ Season 3 is approaching, so they put out a trailer for the new content, as well as a more technical explanation for the changes that will be coming. We are going to focus on the way the fights will change this time. Yesterday, Bandai Namco producer for Dragon Ball FighterZ Tomoko Hiroki laid out what players can be expecting for Season 3, which begins at the end of this month. 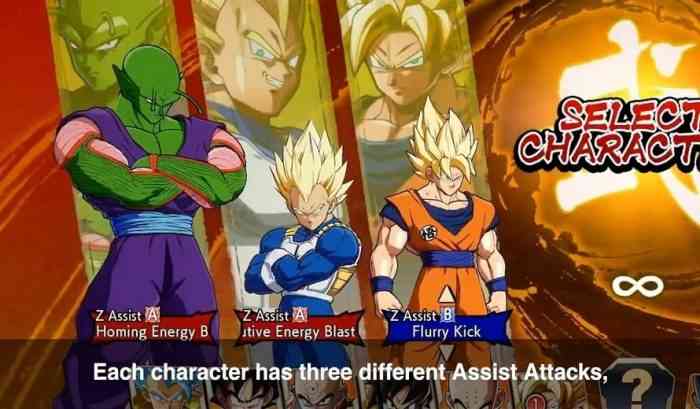 The biggest feature that Tomoko Hiroki showed off is not exactly new, but expands the gameplay in a way that gives players a lot more freedom and options in how they build their fighting teams. As you may know, Dragon Ball FighterZ matches allow players to choose teams of 3. Currently, each character has a Z Assist, but Season 3 will upgrade that to Z Assist Select, which lets players choose from 3 Z Assists rather than just the one. Right now, some players will build their teams based on what Z Assists characters give, but now that there will be three different ones, players can have more flexibility with character choices and even counters.

This improved feature will shake up the meta game of Dragon Ball FighterZ, and we will likely see new combinations of teams for players to explore. Something else that Tomoko Hiroki brought up was the possibility of re-balancing mid-season. Nothing is set in stone, but Season 2 saw no balancing changes through the whole season. Bandai Namco will be looking for feedback from the community before making changes, but Hiroki said that they do not want to make multiple small patches, but if anything will push out one big patch for balancing. Dragon Ball FighterZ is available on PC, Xbox One, PS4, and Nintendo Switch. Season 3 will begin on February 26th.

Are you excited for Season 3? Let us know in the comments below.

Granblue Fantasy: Versus Releasing in NA/EU on March 3rd

Bandai Namco Revealing The Idolmaster Game Soon
Next
Counter-Strike: Global Offensive Will Soon Have System That Auto Mutes Abusive Players
Previous
The Creator of Mortal Kombat Would Love to See a Reboot of Virtua Fighter