Toad, Ironheart and Blob are the newest playable characters to join Marvel Strike Force, with several new abilities also coming to the game. The characters from the X-Men and Iron Man series’ bring their unique personalities and special powers to the mobile superhero game. Alongside the new X-Men and Iron Man characters, Iron Man, War Machine, Magneto and Juggernaut are all receiving buffs to their abilities which will bring further incentive for fans to gravitate towards the two groups. Marvel Strike Force is available now for iOS and Android. 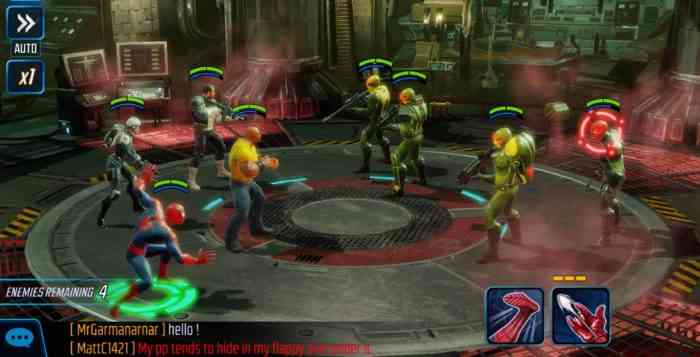 Mortimer “Toad” Toynbee bounds into Marvel Strike Force as part of the Brotherhood of the Mutants. His frog legs allow him to jump into battle at the blink of an eye, and his prehensile tongue can crush enemies and excrete toxic adhesive to stick them to their deaths. Ideally, Toad should be teamed up with Blob who is also a member of the Brotherhood of Mutants. Blob has pain immunity, durability and strength, on top of control the gravity around his immediate area which makes him virtually immovable.

While Blob assumes the Protector role on squads, especially Toad, he applies slow, crushes foes with area of effect attacks and uses Taunts to force enemies to attack him. While these new mutants bring a lot to Marvel Strike Force, Magneto has been improved with a passive that grants resistance to Brotherhood allies, making them highly resistant to the Taunt moves of Blob. Juggernaut now fills the speed bar of all Protector allies in battle which makes him a good teammate for Blob and Toad.

Which new character in Marvel Strike Force are you excited to play as? What character do you want to see added to the game next? Let us know in the comments below!