The next DLC bundle for Marvel Ultimate Alliance 3 was announced earlier this week at the Game Awards, similarly to how the first bundle was announced at San Diego Comic Con. In this bundle, more X-Men will be joining the fight. A previous free bundle included Cyclops and Colossus, and now a paid bundle called Rise of the Phoenix will be adding a few more. In this Marvel Ultimate Alliance 3 DLC, Phoenix, Cable, Iceman, and Gambit will become available to play as in a new mode based off the X-Men’s Danger Room. 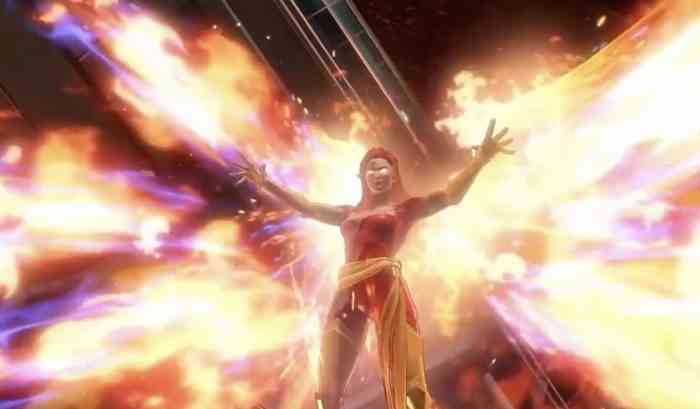 Jean Grey AKA Phoenix has unmatched psychic and telekinetic powers, Iceman is pretty self-explanatory, Gambit can charge objects with kinetic energy, and Cable has a bunch of powers like telekinesis, a healing factor, a metal arm, and a gun. The trailer for this DLC pack shows these heroes showing off their abilities as well as elements of the Danger Room Mode. The Danger Room will have environmental hazards and debuffs to make things more challenging for the players. The end of the trailer also shows Jean Grey in her Dark Phoenix persona, which is… well, the Dark Phoenix has let us down a lot lately.

The Rise of Phoenix DLC pack is the second paid pack after Curse of the Vampire, which added Punisher, Moon Knight, Morbius, and Blade. The next DLC planned for Marvel Ultimate Alliance 3 will be called Shadow of Doom, which will introduce the Fantastic Four. No other DLC has been planned or announced after that. Apparently, all the DLC has to follow a [Blank] of [Blank] title formula. Marvel Ultimate Alliance 3 is out exclusively on the Nintendo Switch.

Which of the playable X-Men is your favourite? Let us know in the comments below.