Rebellion’s Zombie Army Trilogy Is Switching It up in 2020

According to developers at Rebellion, the Zombie Army trilogy will be releasing for the Nintendo Switch in early 2020. The games include three story campaigns along with Horde mode for gamers to survive in. While Zombie Army 4: Dead War will be releasing later in 2020 for Xbox One, PS4 and PC while Switch owners will have access to the original three games in the meantime. Gamers will be able to play through the games solo or in a group with up to three friends as the game supports Switch’s friend invite system. The trilogy has no official release date but it’s expected early in 2020. 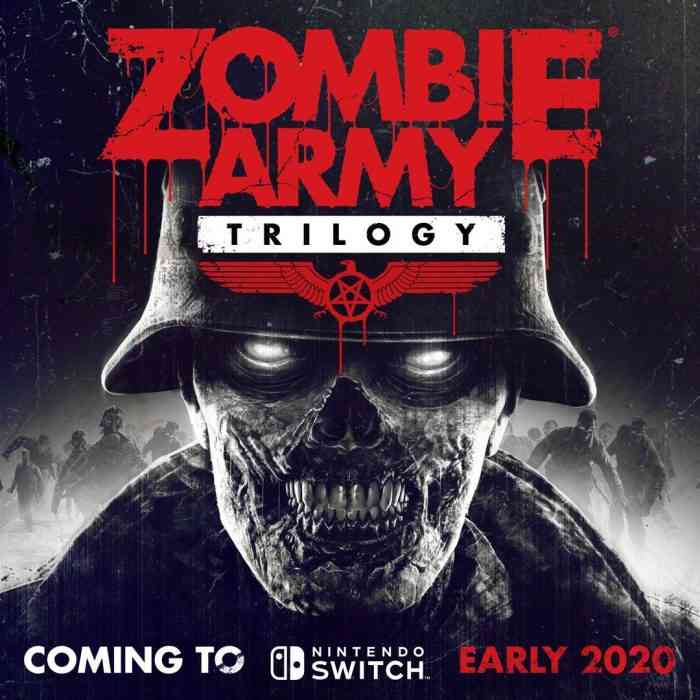 The Zombie Army Trilogy comes with everything previously released on consoles on Nintendo Switch, plus brand new features such as motion controls. Local wireless play and HD rumble support are included with the upcoming Switch release. Nintendo Switch gamers who aren’t interested in the motion controls of the Zombie Army Trilogy can opt to use the Pro controller just like most games. Rebellion hasn’t confirmed whether or not Zombie Army 4: Dead War will be releasing for Switch but gamers will be able to play the trilogy on the hybrid platform in a matter of months.

Zombie Army 4: Dead War releases on February 4th 2020 and it’s likely the trilogy will release for the Nintendo Switch around that time. The fourth installment apparently follows the Survivor Brigade as they travel Southern Europe, battling swarms of the walking dead as they go. Gamers will be able to enhanced their weapons with lightning and fire and there are several other skills the characters can learn to defeat new enemies such as the Zombie Tank.

Are you looking forward to the Zombie Army Trilogy or will you be waiting for the upcoming sequel? Which zombie game is your favorite so far? Let us know in the comments below!


Zombie Army 4: Dead War Kicks Off Season 3 With Its Biggest Campaign Mission Ever