Sniper Elite 4 is an easily recognizable name in the military genre of video games, and had a successful initial release on PlayStation 4 and Xbox One in 2017. Since then, in 2020, it made its way to both the Switch and Stadia.

Rebellion, a successful independent studio based in Europe, is ready to give the next-generation console players an opportunity to pick heads off from afar as the company has confirmed that a free upgrade for Sniper Elite 4 is available now. The free enhanced upgrade for both PlayStation 5 and Xbox Series X/S proves the resounding success of Rebellion’s similar offer in Zombie Army 4. 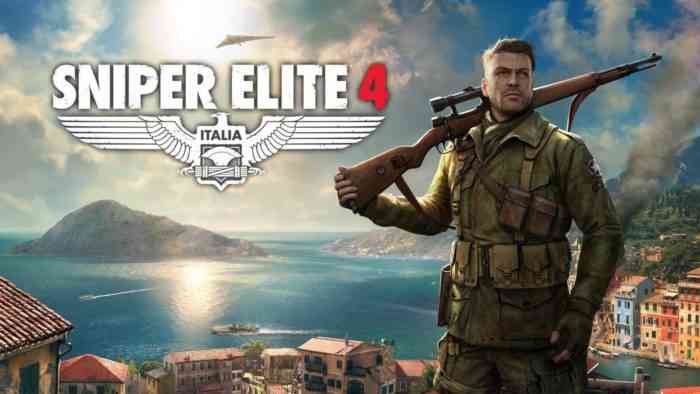 Via an announcement trailer, fans were given a view of the benefits of the upcoming gameplay as sniper bullets accurately destroyed enemies along with the surrounding buildings. The explosions and graphics certainly put the next-gen consoles to the test.

As per usual, Rebellion have utilized the modern hardware capabilities of the consoles and are able to deliver gorgeous graphics, 60 frames per second gameplay and faster loading time. The increased FPS ensures that players can hit their shots comfortably with incredible detail in the kill-cam using 4K technology and enhanced contrast sharpening.

Sniper Elite 4 places players into the mayhem of battle following the game’s predecessor, wherein players see the beautiful, but war-filled sites of World War 2 including the Italian peninsula, Mediterranean coastal towns, monasteries in the mountains and Nazi megastructures. Karl Fairburne, an elite marksman, must put his rifle to the test alongside Italian forces who are fighting against Fascism and the threat of the Allied fightback before it begins.

Do you play Sniper Elite 4? Are you going to get the free upgrade? What are your thoughts on companies offering free next-generation upgrades? Let us know in the comments below or on Facebook and Twitter.