My Motorcycle Is My Baby

Today marks the release of Hideo Kojima’s long awaited Death Stranding. One of the most recognizable things about Death Stranding is the BB, a baby being incubated in a yellow pod. To celebrate the new game, another PS4 exclusive Days Gone has added a BB of its own. The latest Days Gone update allows players to replace the fuel tank on Deacon’s motorcycle with a yellow pod filled with a baby. Is the baby fuel? Is it a power source? Because of Death Stranding, it would not surprise me if that’s what the baby is for. 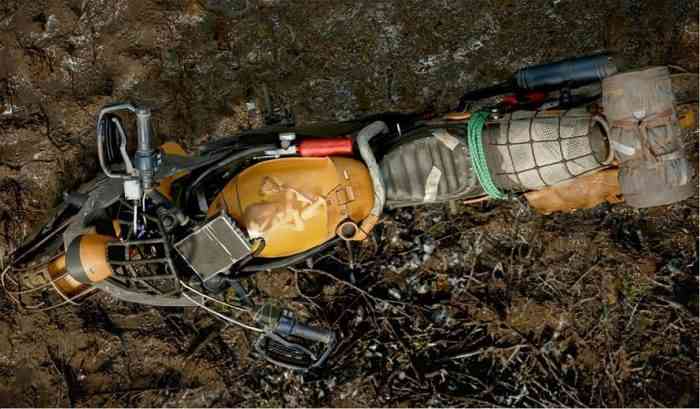 Bend Studio tweeted out a short video showcasing the update. You can watch Deacon drive around, evading hordes while a BB rests in his motorcycle’s gas tank. It appears to be strictly a cosmetic change, thank goodness. The patch also includes a couple of other Death Stranding bike decals and a frame paint job. Unrelated to Death Stranding, the update also brings an option to reset any job, horde, ambush camp and infestation zone. There are requirements for this feature such as completing the story. In a Black Friday related feature, repurchasing weapons and ammo will cost more Feaker ears.

With the release of our 1.6 patch and tomorrow’s launch of Death Stranding, we added new #DeathStranding themed bike tanks, decals, and a frame paint! Download our latest patch and check it out! #DaysGone pic.twitter.com/Re42BhzA9Q

Death Stranding and Walking Dead star Norman Reedus is famously known for his own motorcycle hobbies. He even has his own show where he takes other people on rides, including some of his Walking Dead cast members. I wonder if he’ll get a BB gas tank for one of his hogs? Death Stranding is out today and the Days Gone update is now live, both on PS4.

Are you going to play the Days Gone update first? Or will you be picking up Death Stranding? Let us know in the comments below.