Pearl Abyss recently announced three new MMO titles and a fantasy arena fighter game called Shadow Arena. The company is currently renowned as developer of Black Desert and it looks like they’re looking to spread further into the MMO genre. The MMO’s are called: PLAN 8, DokeV and Crimson Desert and each game is very different from the other. More details will be revealed during an upcoming Pearl Abyss Connect 2019 event which is set to take place on November 14th in South Korea. Black Desert remains Pearl Abyss’ most successful MMORPG but one of these new titles could become the new company champion. 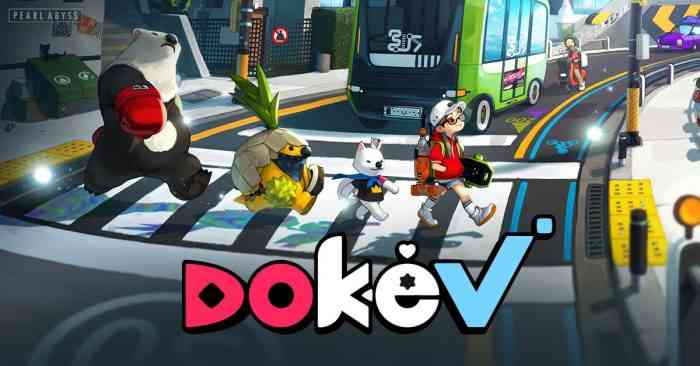 PLAN 8 is apparently an exosuit MMO shooter which is spearheaded by co-creator of Counter-Strike, Minh Le and the production is led by Seung-ki Lee, former Environment Art Director of Black Desert and Black Desert Mobile. Crimson Desert, on the other hand, is an open-world MMORPG set in an epic-fantasy world where three tribes are in a war for survival. Former Game Design Director of RYL Online, Jason Jung and Pearl Abyss founder Dae-il Kim come together to create the world of Crimson Desert while Eter Lee dictates the action combat system.

DokeV is a collectible MMORPG for all ages developed by former Animation Director of Black Desert Online, Sang-young Kim and Suh Won Choi, former Game Design Director of Black Desert Online. The cute and colorful visuals of the game are sure to appeal to kids and adults alike. Finally, the closed beta for Shadow Arena has already begun as gamers compete in the ultimate survival game which features fast, action-packed combat. The lead producer behind Black Desert for consoles, Kwang Sam Kim, is the producer of this latest fantastical project.

Which of these Pearl Abyss announcements intrigues you? Are you someone who’s tried Black Desert or did you give up on the MMO genre? Let us know in the comments below!