There is Plenty More in Store For Battlefield 5

Battlefield 5 is almost one year old and there is still a lot more in store for the game. Battlefield 5 has struggled out of the gate, but the most recent Pacific Theatre expansion has to give the series the shot in the arm that it so desperately needed. Fans are now returning to the once-beloved series in droves. To add to the revival of the franchise, it has been revealed through a datamine that much more content is on the way. 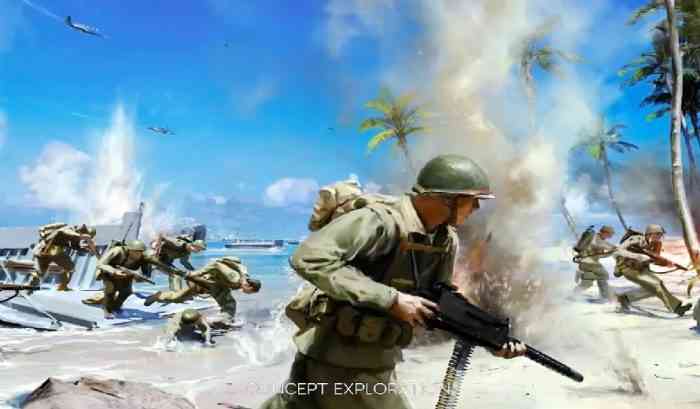 Invasion, a new game mode is scheduled to be added to Battlefield 5 in the near future. This mode is like nothing else before it. It will still have the standard 64 players that Battlefield fans are used to, but there is a twist. Invasion is going to center around the use of bases. It sort of works like capture the flag. Both teams will have bases. It will then be the responsibility of both teams to attack and destroy the other team’s base while simultaneously protecting their own.

There is going to be variation between bases as well. For instance, a tank base will give a boost to vehicles whereas a barracks will allow your team to spawn faster and with more troops. There will be other bases that assist with boats and airplanes too. But the details are not very clear about everything.

The mode will be two rounds on each map making things somewhat quick. At least by Battlefield standards anyway. There is no set deadline for when we should be expecting this new content. But it shouldn’t be very long. EA appears to be very committed to saving Battlefield 5 by any means necessary.

Battlefield 5 is available for the PS4, Xbox One, and PC.