There’s just something deeply satisfying about mowing down waves of the undead. Like a Zen rock garden full of groaning corpses. Rebellion’s Zombie Army 4: Dead War walks a fine line between indulgent and exhilarating, with only a few stumbles along the way. It’s tough and grounded, but also crammed with ridiculous violence. While there isn’t a ton of depth to crushing Hitler’s zombie hordes, I still had a lot of fun doing it.

For context, we’re focused on the Nintendo Switch version. You can read our original review of the game right here. The story picks up where Zombie Army 3 left off. Even though I’d never played one of these games before, I wasn’t exactly lost. There’s a lot of zombies? And you have to gun them down. Also, Hitler is involved in some capacity. The stage select concept art feels very old-school horror, though this doesn’t always come through in the actual gameplay. As this is a Switch port, a couple other things are lost in translation.

To be fair, the game doesn’t look bad at all. The simplified visuals match well with the general sloppiness that makes up any good zombie game. It’s just a marked step down from the slick graphics featured on other versions. Personally, I fell off the zombie train sometime in 2011, so I felt right at home. Aside from the dated visuals, the game runs terrific on the Switch. The controls are responsive, the load times are short, and the sound is nice and crisp. Honestly, a good zombie game is built on proper sound design anyway. 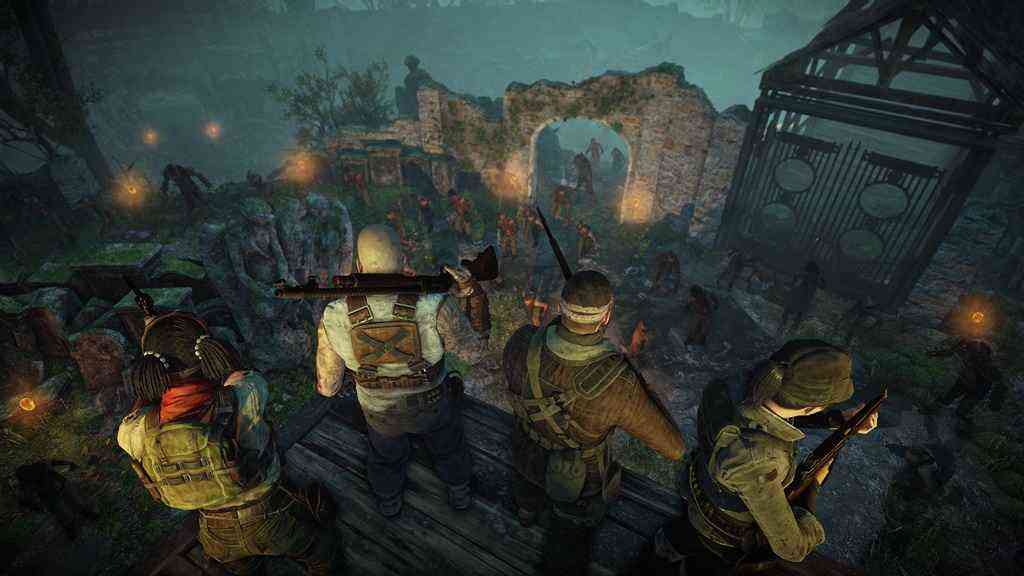 Video game zombies need to sound a certain way. The growling, the dying, the shuffling. Even the sound of bodies being blown apart needs to be just right. Zombie Army 4 hit all the right audio milestones with ease. More than that, certain sound effects are perfectly employed. Levelling up, finding weapons, and refilling supplies all send off these sweet pinball machine sound cues. It adds a whole new layer to the arcade game feel that I really appreciate. Killing zombies is pretty ridiculous, after all. Why not lean into that?

Sweet Sounds of the Zombie Arcade

Combat mechanics in this game are also taken to a strange place. You’ve got your World War II era guns, but also crossbows, Gatling guns, elemental attachments, and elaborate zombie traps. After all, why not resort to fire, lightning, and undead sharks? Every weapon can be leveled up, and there’s also a host of different perks to unlock. 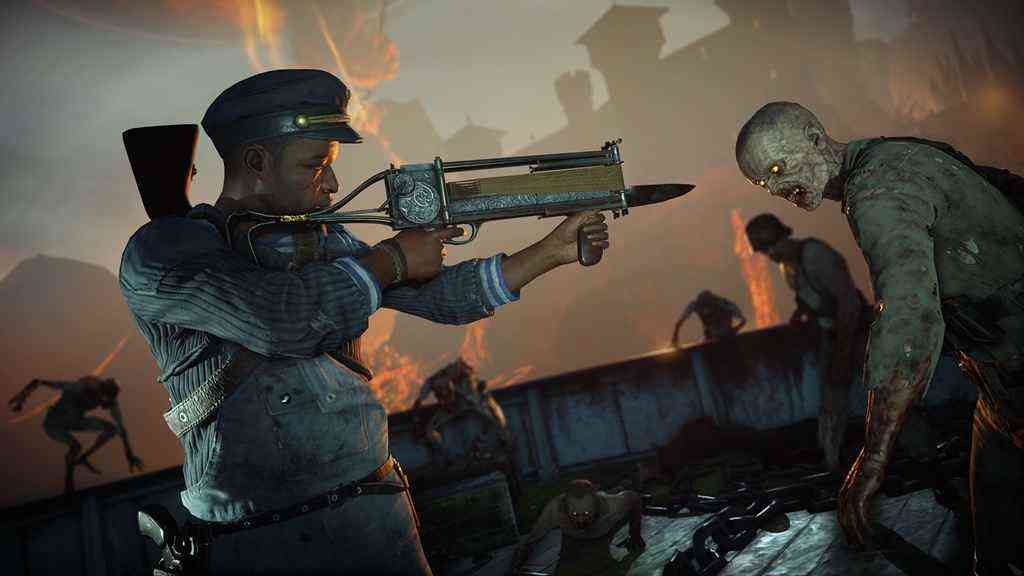 Of course, thanks to the game’s focus on sniper shots, you get some pretty remarkable kill cam moments as well. Expert shots result in x-ray footage of bullets zipping through all sorts of bones and organs. It’s completely ridiculous every time, and I love it. You can mess with multiple settings in order to perfectly tailor your sniping experience. Even at the default settings, I found sniper kills deeply satisfying.

The challenge level walks a fine line in Zombie Army 4, which does lead to some stumbling now and then. Knocking off regular enemies can get boring pretty fast, depending on the setting. Unless they’re sneaking up on you, you’re not in any real danger. On the other hand, special opponents and bosses can go from 0 to 60 and back in a heartbeat. One boss was so hard I had to dial down the difficulty to proceed. A separate fight needed nothing more than an SMG to win the day.

Killing zombies is cool, but the game was certain I’d enjoy it more than I actually did. Why else would I be presented with so many ordinary enemies to chew up? I do love blowing away the undead, but not nearly as much as I was supposed to. Horde mode compresses this pacing into something more palatable, with special foes showing up in a steady stream. Meanwhile, the campaign is crammed with shuffling nobodies who leap headfirst into my sniper fire. At least in story mode, the ratios felt slightly off.

Honestly, Zombie Army 4 is exactly what you’re expecting it to be. Which is totally fine! If you’ve got a craving for gory undead violence, this game has just what you’re looking for. In spite of the weird pacing and curious boss placements, there’s still a lot of fun to be had. Especially if you’ve got a propensity for long range kills and curious weapons. If you want a dang decent undead action game on the Switch, check out Zombie Army 4: Dead War. 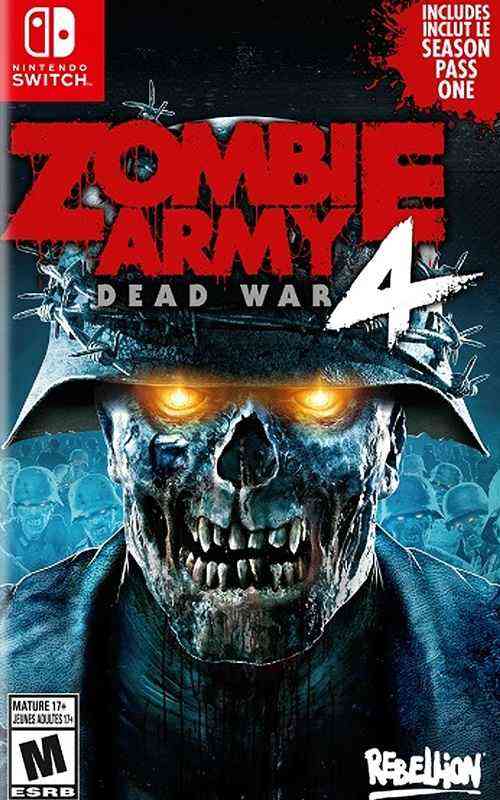