When I first booted up Neptunia x SENRAN KAGURA: Ninja Wars, I was immediately hit with the guilty pleasure feeling. It was an immediate “Oh no, I hope no one catches me playing this” plus a bit of excitement. After previewing the first couple of chapters, I can say that this was a guilty pleasure turned pleasure. It wasn’t as risque or PG as I was expecting, nor was the amount of moe unbearable. The first few chapters were a little more fanservice-y than the rest of the game, which made sense since the plot thickens later on. Overall, the level of fanservice was mild but welcome. Of course, two minutes into my partner watching me play, the screen just had to pan to Asuka’s boobs.

As if the name wasn’t obvious enough, Neptunia x SENRAN KAGURA: Ninja Wars is a combination of two beloved franchises. Whether you’re a fan of one or both, you will appreciate the crossover and the characters available. It may be simple in terms of plot and overall character development, but the dialogue is amusing. With a roster of 10 playable ninjas, having a side story for everyone would be too much to handle. If anything, the characters’ personalities are already established in previous entries. In my opinion, the whole point of Ninja Wars is to dive into an alternate universe with your biases.

Though it is not the most inspiring narrative, this JRPG still provides entertaining gameplay, silly dialogue, and a hint of fanservice. With delightful characters going on a mediocre journey to save the world, it is easy to mindlessly play this for hours.

When Two Become One

The game takes place in Gamninjustri, where two ninja clans are at odds with one another. Heartland – our Neptunia ninjas – are seen fighting against Marveland – our Senran Kagura ninjas. Although personally on friendly terms, their alliances with their respective daimyos are the reason why they fight. This “war” is cut short with the entrance of the Steeme Legion, a mechanical ninja army from a different dimension. After a declaration of the new Super Ninja War from their leader, the Heartland and Marveland ninjas form an alliance to stop this new threat to their world. 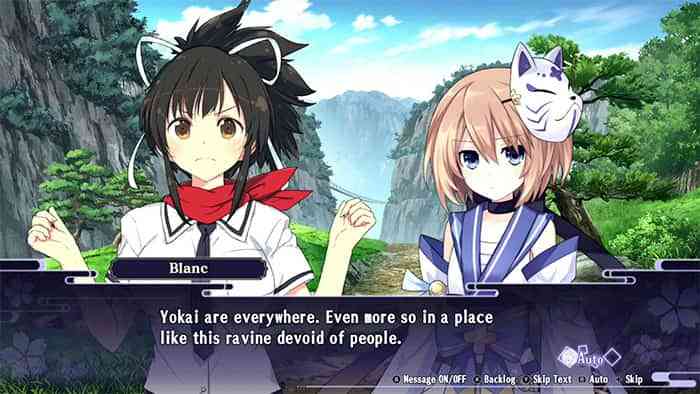 There are 10 playable characters in this hack ‘n slash JRPG, which can be a lot or not enough depending on who you ask. In terms of what the game is about, 10 can be more than enough – but only if your bias is there. Though your party is “large”, you mainly control one character and have the option to swap out with another one. Unless you have a lot of favourites that you want to play as, you wouldn’t need a large roster. However, this is why it can be disappointing to fans. I was lucky in a sense that Homura was available (my bias), but the representation from both franchises could have been better.

On one hand, it was nice to see some familiar characters, but on the other hand, there wasn’t much involvement between them. Although this game is a crossover, it felt more like it was Neptunia featuring Senran Kagura. With Neptune being the self-aware protagonist, it was already evident where the game was leaning towards. It would have been nice if it was more balanced, and even better if there was some chemistry between the characters. 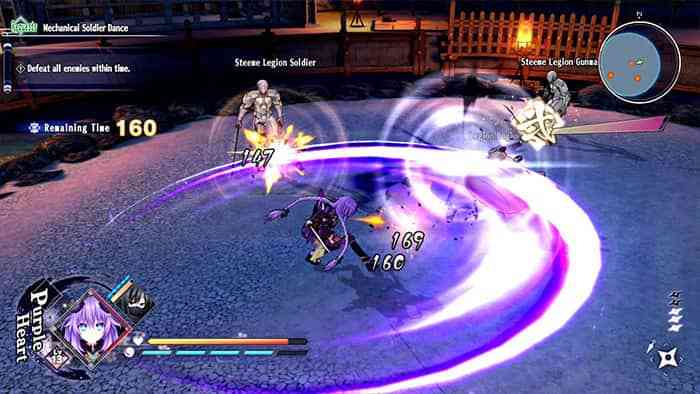 Despite having a boring plot and a short campaign, Ninja Wars was still very fun. The graphics were excellent for the Nintendo Switch and the controls were intuitive. It’s easy to switch from kunai to shuriken, and button mashing will form a series of attacks. Dungeons aren’t dragged on and the maps are very easy to navigate. It’s great because you’ll never get lost or question where to go next. There was no lag and everything worked as intended. Honestly, nothing to complain about.

The combination of the two beloved franchises is a crossover that anyone can appreciate. There were a lot of PG jokes, but in some situations you either get it or you don’t…and if you don’t catch their drift, it’s harmless commentary. There are mini-games like the Peaches and Cream Meditation that can excite a fan, but nothing is close to being offensive. I wish there were fun items to unlock, like new outfits or something. I know I’m being picky, and the nature of the game doesn’t really allow for accessorizing. 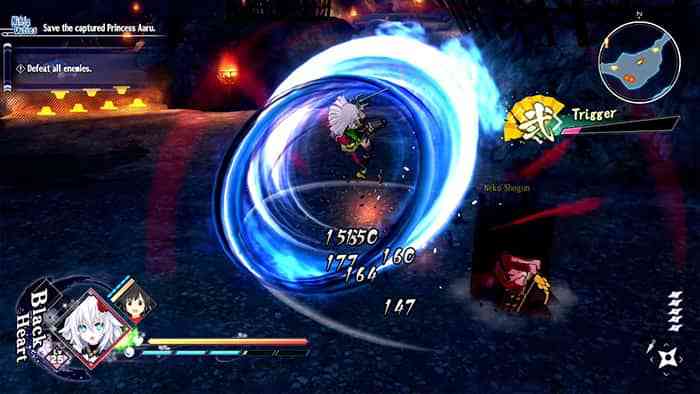 Neptunia x SENRAN KAGURA was a pleasant experience and nothing too crazy happens. It can be a delight to fans but can also disappoint those looking forward to more. Unfortunately, the story was pretty uninspiring and the crossover was more mindblowing than the actual game. It was entertaining and easy to learn though, but if you aren’t a fan of either franchise it can be hard to understand. While the game was an absolute delight, there isn’t enough content to make this the best crossover ever. Hopefully, with Ninja Wars being the start, there will be something more in the future. 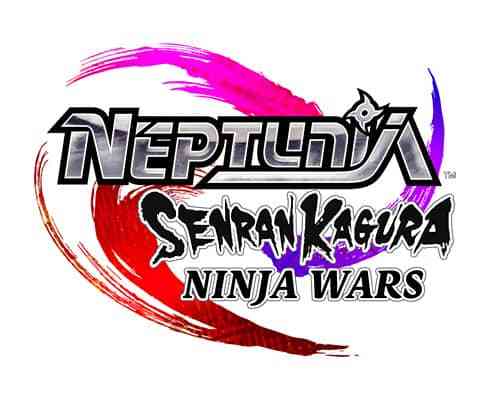