In the 80s and early 90s, arcades dominated the industry. Companies like SNK and Capcom released iconic titles that laid the groundwork for many subsequent games. While Strider and Samurai Shodown remain icons of the period, Ganryu has been unfairly forgotten. Storybird Studio looks to breathe life back into the feudal fantasy epic, with the hope to revitalize the series. However, after a 23-year hiatus, will they be able to capture the magic of the era?

After a familiar-sounding spirit disturbs your meditation, you set out on a personal journey of redemption. As Miyamoto Musashi, you aim to travel from the north region of Ganryujima to the south to save Japan before an otherworldly threat unleashes. The narrative itself is similar in its delivery to games of the past. Beautiful pixel art panels, give snippets of the plot and successfully establish the premise for your adventure.

Ganryu 2 is a hack and slash, side-scroller in the vein of Shinobi. With a sword and a bunch of kunai, you must annihilate all in your path. Enemies vary and offer a range of attacks to quickly slash your health. Due to this, you must read and counter foes in order to progress. The sword allows you to slice at close range and your kunai sends projectiles across the screen. As you only have a finite number of these, you will have to limit your use and search your surroundings for more.

Ninjas and warriors emerge from all parts of the environment and due to this, you must be nimble in your approach. With the ability to dash, you will need to speed across the platform to eviscerate promptly. This can wipe out minions instantly and stun larger enemies which makes it a vital technique to master. Because of the range of opponents, you will not be able to rely on one tactic. Therefore you will have to combine elements of your arsenal to overcome the myriad of obstacles that lay in your path. Unfortunately, the movement of the protagonist is a little stiff. Jumping is rigid and his mobility lacks the fluidity that we have become accustomed to which results in Ganryu feeling a little dated. 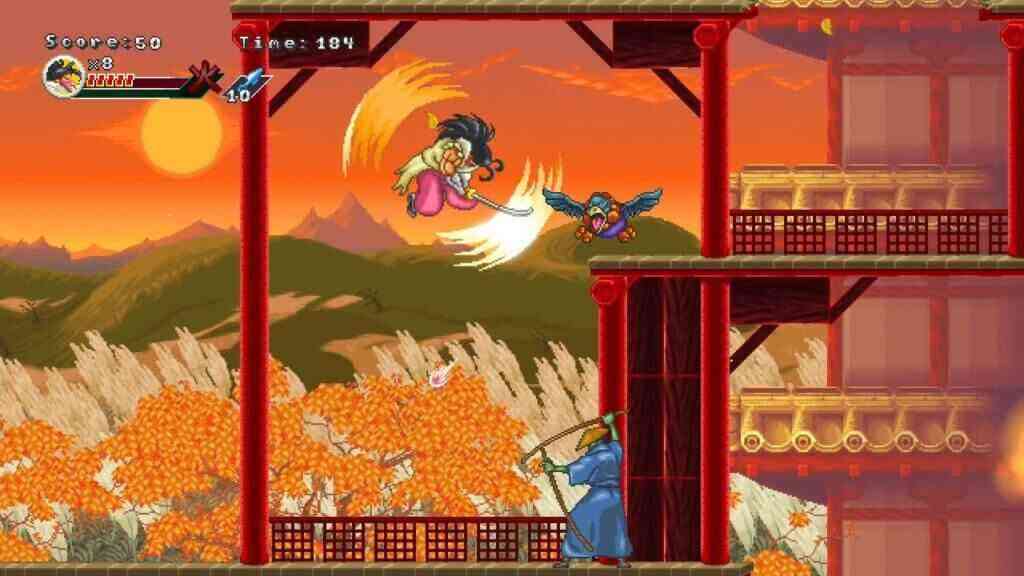 Levels house secrets that grant a number of bonuses. Whether by smashing barriers or wall-jumping to hidden areas, you will find items that can help you in your challenging trek through Japan. As one hit knocks a chunk of your health, it becomes imperative to search your surroundings for food and extra lives. Death can be frequent and frustrating, due to the arcade ideology that douses Ganryu 2. Continues are absent, therefore you must complete an area without losing all your lives. While this does allow you to learn the level through trial and error, it means that you will replay the first area of each stage often which gets tiresome. I understand Storybird Studio’s decision to follow the path of its influences but it does seem misguided. Arcade titles were punishing so you’d keep feeding it more coins but using the same philosophy without continues doesn’t work.

The Power of the Blade

Collectibles throughout build a special meter that unleashes an ultimate attack. You are able to select its properties to either inflict significant damage or recover health. Alas, upon death you permanently lose these and will have to collect everything again. Although this stays true to games of the period, a Souls-like system where you could recoup items would have respected its origins and fused modern gameplay mechanics. 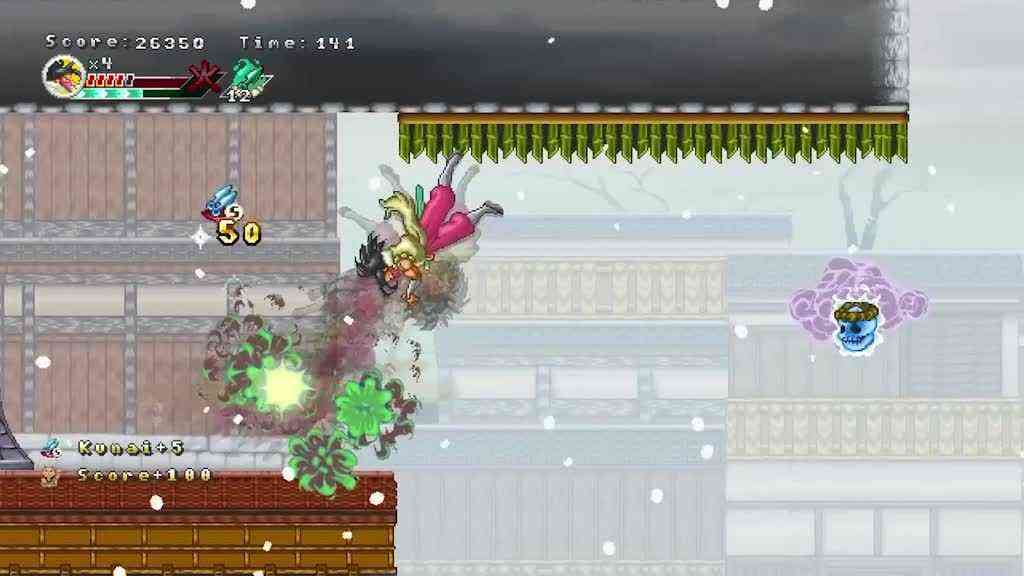 Even though Ganryu 2 only consists of 10 levels, the game offers enough variety to make them feel distinct. As well as multi-tiered, side-scrolling combat segments, there are Donkey Kong-esque mine carts, aerial fights and much more that will keep you on your toes. Each area has two levels and culminates with a boss fight. These may seem difficult at first but once you learn their attack pattern, you’ll be able to eradicate whoever you face. The problem lies in reaching this point. Checkpoints are sparsely positioned so you don’t have to start the whole level again upon death. However, due to the absence of continues, you will have to restart the entire area again after the loss of all your lives, which makes it a chore to reach the second boss and learn their intricacies.

Areas beautifully depict the time period with their stunning use of color and pixel art. The protagonist himself is expertly designed and would feel at home in Samurai Shodown. Accentuated by the stellar sound design, the feel of the arcade permeates its entire presentation and adds authenticity to the game.

Ganryu 2 succeeds in its goal to continue the legacy of the arcade, however, it’s dragged down by the shackles that come with it. Its failure to take inspiration from modern games means that it struggles to compete with contemporaries. The presentation is stunning and the levels are well designed, varying throughout. However, the stiff movement and lack of continues can make this a laborious experience. 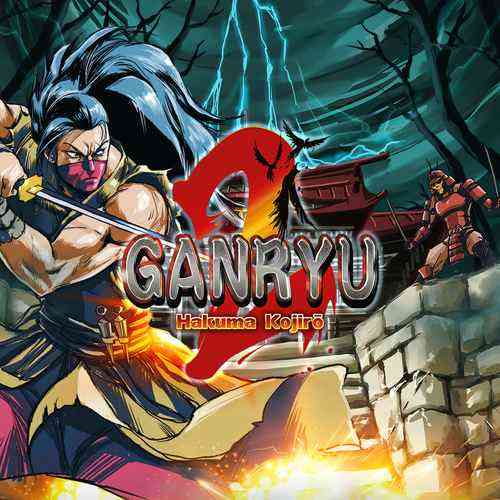