There are plenty of retro compilations currently available on the Nintendo Switch and due to this, gamers may have turned a blind eye to the recently released Capcom Arcade Stadium, however, this celebration of classics from yesteryear is the definitive Capcom collection and a must for any retro enthusiast.

Packed to the brim with content, Capcom Arcade Stadium includes 32 games that can be purchased in three different packs. Each pack celebrates the arcade revolution with ten definitive games of a specified period. Although I’m not a fan of this model, some people may want to leave certain packs due to owning several titles in other collections. Differentiating itself from the competition is the range of genre-defining games included in this bundle, which I believe is enough to draw in most players.

Renowned for fighters, Capcom has included several of their best examples in this compilation, however, those of you who have already purchased the Capcom Beat ‘Em Up Bundle may be a little disappointed as 5 of the 7 games in that package are also featured in this collection. In addition to classics such as Street Fighter II, Strider, Bionic Commando, and Ghosts ‘n Goblins, you also get overlooked gems such as Cyberbots: Full Metal Madness and Powered Gear. Portraying their diversity, Capcom has also included a wealth of brilliant shooters in this collection. Carrier Air Wing, a fast-paced jet fighter, is a highlight of the package, along with Giga Wing, a bullet hell verticle shooter. The inclusion of these unsung vintage titles solidifies this bundle as a quintessential release from one of the masters of the arcade era. 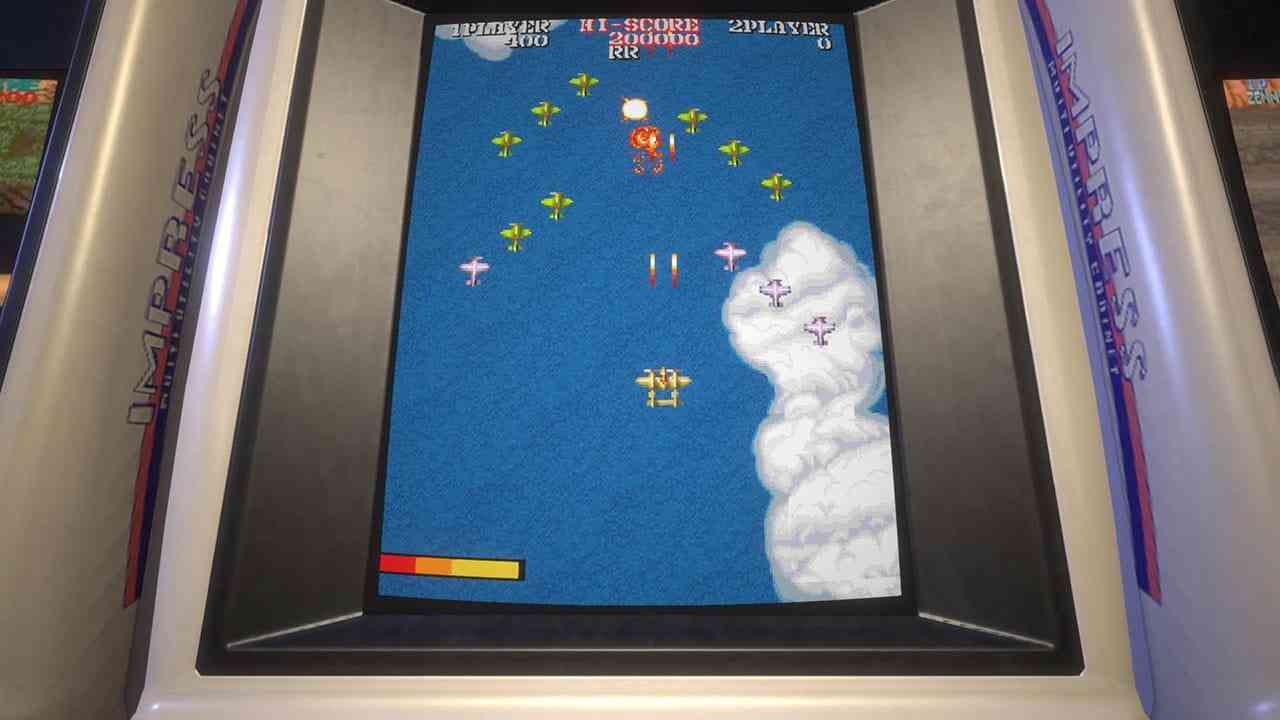 Retro games are tough. We know this and so does Capcom, as a result, they have included a bevy of options to help you on your trip through the 80s and 90s. Included is the handy rewind feature, save states, and difficulty options which include altering the game speed. Although these may not appeal to hardcore fans, they are an excellent addition and help make titles more accessible.

Each title comes with both Japanese and English ROMs, although this may seem small, certain games actually have small gameplay or design differences, so it’s definitely worth exploring the different versions of your favorites. On top of this, each arcade cabinet is loaded with a bunch of extras giving you more reason to replay the games you love. Each week is set to feature a unique Special Challenge which is basically the Timed or Score challenge with a twist. One week you may have to set the highest score with only one life and other weeks you may need to see how far you can get with the screen being upside down! With Timed Challenges, Score Challenges, achievements, and leaderboards, Capcom Arcade Stadium has a ton of content to make this an essential purchase for fans of retro gaming. 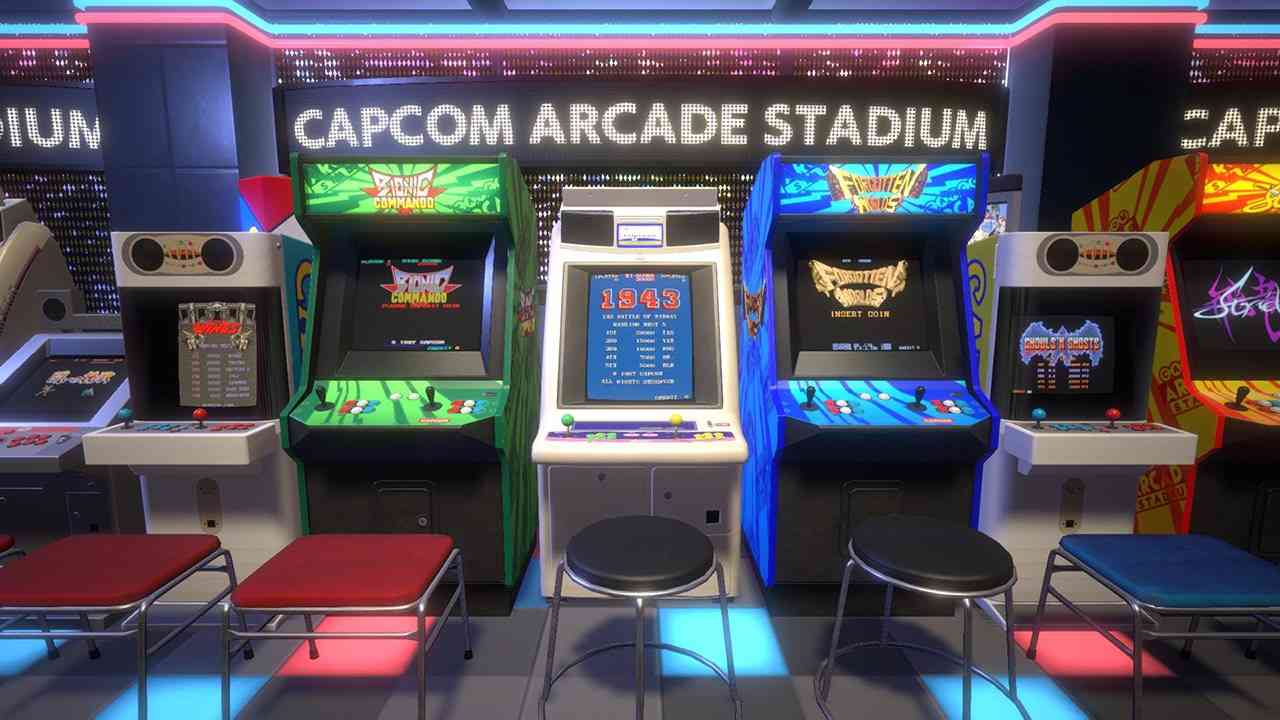 Over the past few years, more and more collections have been released and due to this, fans expect more than just a bunch of titles shoved on a menu. We expect a sleek and stylish interface that houses the classics that we adore. Fortunately, the presentation of the Capcom Arcade Stadium is flawless. Designed as if you are perusing arcade machines, each cabinet features its own start-up screen of the game. Adding to this is the volume of display features available. Whether you prefer to play with a visible cabinet, borders, or full screen, all the options are present with a boatload of filters to help add authenticity to your time with Capcom Arcade Stadium. Unfortunately, the much-loved museum mode which has been lauded in many other collections is missing. Fanatics will not be able to observe concept art or watch interviews with developers which is extremely disappointing. As the selection of games features some of the best music of the era, I would have liked a music player feature that contained the soundtracks that are showcased, but unfortunately, this hasn’t been included either. Finally, some archetypal Capcom games such as Saturday Night Slam Masters didn’t make the cut but with all the excellent titles included, it’s hard to complain.

Capcom Arcade Stadium is an essential purchase for fans of retro gaming. Loaded with a ton of content, this game will keep newcomers and returning gamers entertained for hours. Although there are a few titles and features missing, this collection is still a fantastic addition to your Nintendo Switch library. 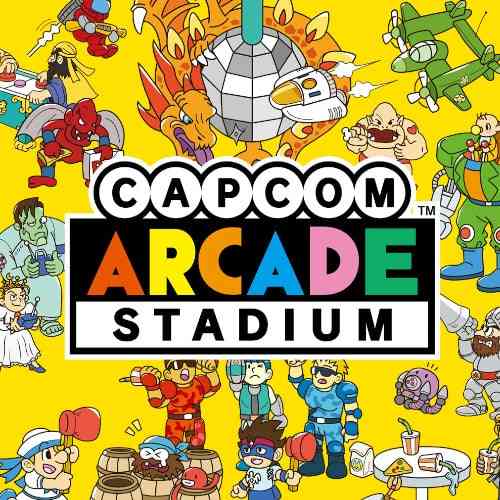 The Great Ace Attorney Chronicles Sold Half a Million Copies Worldwide
Next Batbarian: Testament of the Primordials – Metroidvania Mayhem
Previous Natsuki Chronicles Review – A Bullet Hell of a Time