Natsuki Chronicles Review – A Bullet Hell of a Time

There’s nothing like being flanked from all sides, having to dodge to and fro to out-manoeuvre the onslaught of laser beams coming at you with considerable speed. Something about bullet hell games gives many old school gamers a taste of nostalgia we missed from going to the arcade back in the day because let’s face it, it seemed as though most of the games were side-scrolling bullet hell games. Well, fans of this genre can rejoice to find a new title in this category with Qute Corporation’s latest game, Natsuki Chronicles.

Natsuki Chronicles is a sequel to last year’s Ginga Force. Natsuki Chronicles follows rookie pilot Natsuki as she sets out to serve justice aboard her ship, slowly climbing up the ranks. However as time goes on, she begins to question the methods that the organization takes in dealing with criminals and wonders if what she’s doing is right.

The story is light and is presented using static pictures of the characters during a few cutscenes but also during the firefight itself. As the game is in its native Japanese language with English subtitles if you don’t speak Japanese fluently it can cause quite a bit of pain for players who may be interested in knowing more about the story and enemies they’re chasing down. Trying to read dialogues of text whilst also dodging waves of bullets will not go over so well so it’s easier to forget that there’s a story at all but chances are you’ll be replaying these levels over and over again anyway so you could still catch what’s being said on screen.

Playing as a horizontal side-scrolling shooter, the screen moves left to right however enemies can appear from any direction. Your ship will be equipped with both front and rear side weapons which can be used one at a time or triggered both at once to take care of the onslaught of enemies coming towards you. Players who may not be as experienced with this genre, or perhaps those who want a bit of practice, can have an indicator turned on which will warn you of approaching enemies. But those wanting a bit more of a challenge can turn this setting off.

The ship you are piloting has handy front and back lasers along with a shield. The ship will most likely take some damage in battle so if you’re able to dodge enough attacks the shield will slowly regenerate, giving you a bit more of a fighting chance. The lasers can be upgraded using the credits earned after each playthrough. Some weapon types will work better in certain levels, so finding out the perfect combination in artillery takes a bit of trial and error, but it’s so worth the fun. Even if you fail the level, you’ll still be rewarded with exp and credits, meaning you can still purchase upgrades for your aircraft. Of course, the rewards will increase the better your playthroughs are. 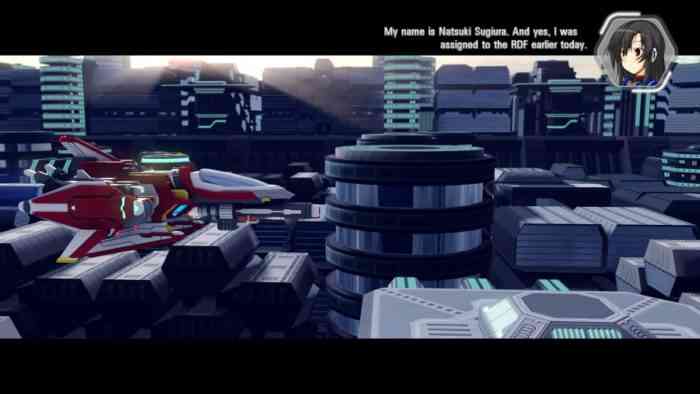 There are two play modes available; the story mode which allows players to buy and upgrade their weapons and the more classic arcade mode. This classic mode gives a much more traditional arcade experience, you won’t be doing any levelling up and you’ll just be playing to see how long you can last. You find special weapons and upgrades in the level which also act as shield buffs. If you’re hit, you’ll lose the item until you’re back down to the default/starter weapons.

The 3D environments look really good however when you get to the core of it, it’s nothing we haven’t really seen before. The enemy designs are thoughtful yet still just a bit basic. The art design for the character portraits reminds me of those really old “How to draw Manga” books back from my high school days. The art style isn’t awful but it doesn’t really grab my attention a whole lot either but let’s be honest, we’re all just here to blow up as many enemies and other ships as possible, right?

Here to Blow S**t Up

I’m often horrible at these types of games, finding that the skill jump from easy to medium to be too much of a challenge but I found Natsuki Chronicles fares as a good starting point for beginners. In saying that, this game isn’t easy either and will require a ton of play-throughs of the same level, especially the later ones and on higher difficulties, to best determine which weapon types work the best and also your strategy. But even so, fans of the bullet hell genre should most definitely add this game to their library. 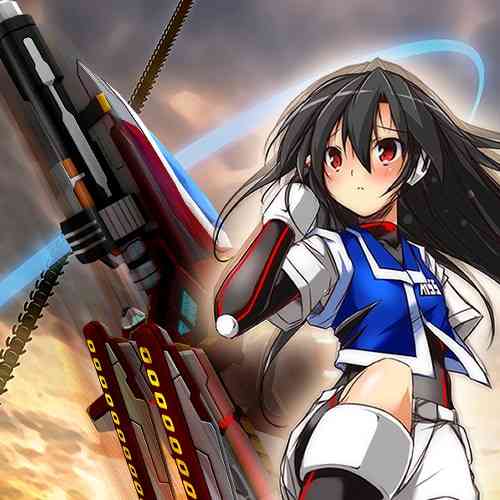 
TERROR SQUID Will Drive You Mad