Batbarian: Testament of the Primordials Review

Batbarian: Testament of the Primordials is the most fun I’ve ever had in a dungeon. If you like Metroidvanias, you should play this game. If you don’t like Metroidvanias, you should still play this game. And if you’ve never played a Metroidvania before, this is a great place to start. Unspeakable Pixels’ snarky action-adventure-puzzle-platformer combines incredibly solid mechanics with charming retro sprites, a genuinely spooky atmosphere, and a playful sense of humor.

At its core, Batbarian is a simple tale about a barbarian who falls into a cave—er, a Fairly Creepy Cave—with their trusty companion, Pip, a glowing blue bat who makes the cutest squeaking noises. Plenty of snarky humor, spooky monsters, and surprisingly effective scares await as they delve deeper into the cave. It feels a lot like a funnier old-school Castlevania, complete with a stunning and often foreboding soundtrack.

You can choose your appearance at the beginning of the game (Pip remains exactly the same, however), which has some slight influence on your sprite and determines whether your weapon is a sword or Wolverine claws. Needless to say, I went with the claws. Story tidbits are conveyed through eerie writing on the cave wall, abandoned journals from those who came before, occasional dialogue sequences, and flashbacks. All of them keep a certain playful tone, even when things get dark. And they do get dark. Setting aside, the increasingly apocalyptic prophecies and warnings etched into the walls, one note told the story of an adventurer left to die by his companions with a broken leg. Wasn’t expecting something like that in a game that looks like this.

The single-player experience is deceptively complex. Every time I started to believe I’d found and mastered all the mechanics, I would be stopped in my tracks until I discovered something new. Something I should probably have been aware of from the beginning, but missed, such as the fact that fruit grows on trees. I can’t believe it took me about four hours to realize fruit respawns in this game. That’s important, considering how much fruit plays into puzzle-solving in Batbarian. As you delve deeper into the dungeon, you will pick up new party members who will help you fight, open closed-off paths, and provide witty banter. However, they may die without warning, so don’t get complacent. Explore as many dialogue options with them as you can and gather those valuable lore tidbits while you have the chance.

Batbarian gets you right into the action. You have about 2 minutes of opening cutscene to get through before you’re suddenly put in control of your Barbarian and set loose in your underground prison. However, the lack of a detailed tutorial actually works in the game’s favor. The important controls are conveyed briefly during gameplay and the less important ones, opening the menu, pausing, etc., can be worked out through trial-and-error. Movement is a dream, combat and jumping are pretty straightforward, and even the stone-throwing mechanic is a cinch to figure out. The same button is used to throw fruit and lure Pip in a direction so you can use her light to see by, activate a crystal, or break things. Puzzle-solving occurs by throwing stones at things, throwing fruit at things, and trying to figure out which pathway is the one you need to advance. Just make sure you stay calm and keep that map updated. 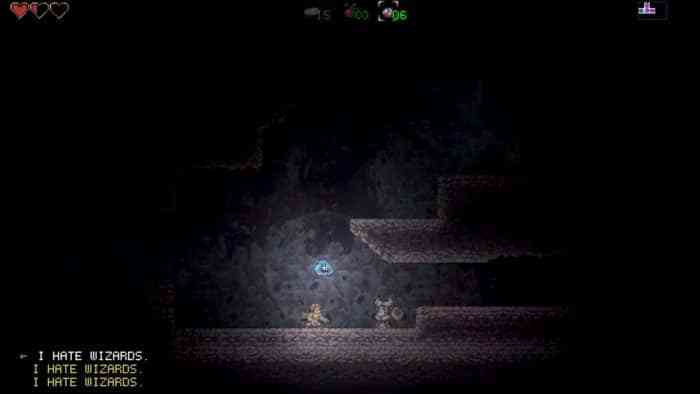 Leveling up happens automatically after gaining a certain amount of exp. During a level-up sequence, gameplay is paused in favor of a slot machine mini-game that determines which of three stats—defense, awareness, and attack—gets upgraded by three points. The outcome depends on which icon you stop the slots on. It’s not completely random, but I did find myself getting nine points in defense for level 3 by accident, so consider yourself warned.

Individual enemies have simple AI, but unpredictable programming and environmental hazards can result in them teaming up to devastating effect… or accidentally killing themselves, which always got a smile out of me. I noticed a sharp difficulty curve at the first boss, which could spawn minions, jump, and teleport. Not that I’m complaining. It was fun even at its most frustrating and made my eventual victory feel earned.

A Tale Steeped in Darkness

This game is on the linear side for Metroidvanias, but I’m certainly not criticizing because the trade-off is that the narrative and especially the writing are stellar. As the game continues, it becomes increasingly clear that you’ve stumbled into a genuinely dangerous, if not outright Lovecraftian, situation but Batbarian keeps its sense of humor even while it evokes real dread. The result is an incredibly atmospheric plunge into the unknown. Boss fights are genuinely stressful and often creepy. Boss monsters are introduced in brief cutscenes before they are encountered in gameplay. This builds dread, inspires concern, and is generally not a great time. 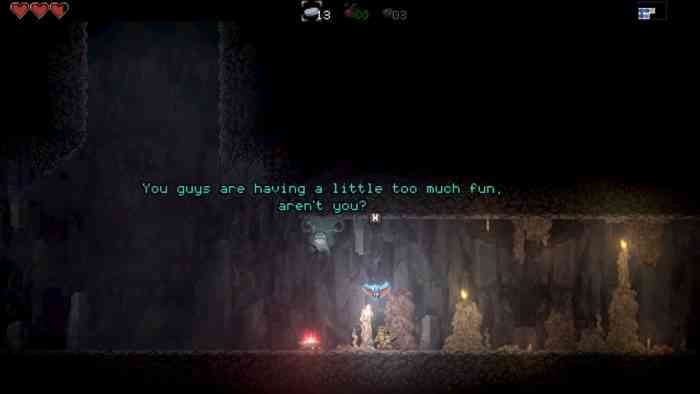 Much of Batbarian‘s storytelling is environmental, so it makes sense that each environment has its own brand of spooky: dank cave, moldering ruins, entire halls consumed by melted candles. When a ghostly figure rose, grinning, out of the shadows just as I was about to clear a stage and then vanished in an instant, I had to go back and check the whole level over to make sure I wouldn’t be ambushed. The next time the figure appeared, I was ambushed, so my caution wasn’t misplaced. The third time, however, we had a nice little conversation, and now I look forward to seeing the spooky cat-squid-thing every time I find a new area.

Overall, Batbarian: Testament of the Primordials is a simple game, but a very good one. I heartily recommend it to anyone who’s willing to put up with a bit of trial-and-error. 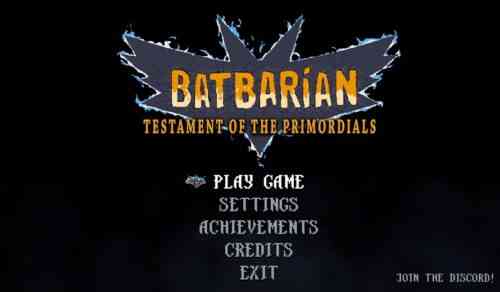 River City Girls 2 Release Has Been Delayed Until Later This Year
Next 3 Out of 10: Season 1 Review – Outrunning the Shark
Previous Capcom Arcade Stadium Review – Celebrating the Classics