When it comes to comedy, I tend to be an icy bastard. Not for lack of wanting to huddle up around the proverbial alleyway oil drum and revel in one another’s humor – I would love to partake in this. But, rather, I have a difficult time throwing bones at people when something isn’t funny. If your joke sucks, it sucks. I’m not here to pump your tires. And so when I tell you that 3 out of 10: Season One is hilarious, understand that I don’t chuck the ‘H’ word around lightly. Sure, it has its problems. In fact, 3 out of 10 will inevitably suffer from the very tropes it’s making fun of. It’s just that the punchline of it all is that’s exactly the point.

3 out of 10 follows the story of Midge, a young animator that joins the aforementioned Shovelworks Studios to assist on their latest masterpiece, ‘Surfing With Sharks.’ Of course, I use masterpiece facetiously, as Shovelworks has never had a game score higher than – you guessed it – 3 out of 10. But, maybe this go-around, now equipped with the help of Midge, a shark, and yourself, they’ll smash through their glass ceiling and deliver a bonafide instant-classic.

I know the premise sounds childish. Bear with me, though, because it won’t be long before you’re thrust into a world beaming with innuendo, that made me think this ‘teen’ rating from the ESRB was received only by the skin of its teeth. The writing may be over-the-top, but that’s to be expected in a low-budget game about making low-budget games. The important thing is that scenes never reach a point of overstaying their welcome, and thus, they don’t have the chance to wincingly drag on. The scenes are quick and witty and flow quite well. Any script that relies on one joke after another fights an uphill battle that other scripts won’t have to fight. But, surprisingly, 3 Out of 10’s first season didn’t have a single moment that made me cringe.

Much of that comes down to how likable the characters are. Each one of them having a distinct personality that you’ll undoubtedly latch on to. In addition to Midge, of course, the story centers around David – the lovable but aloof leader that believes in Surfing With Sharks more than anyone. It was his brilliant idea, after all, to put a spin on the endless runner genre by making an endless runner… with an ending. I would dive into each character’s personalities, but 3 Out of 10 is essentially an interactive movie, and discovering who these people are is where you’re going to get your money’s worth. 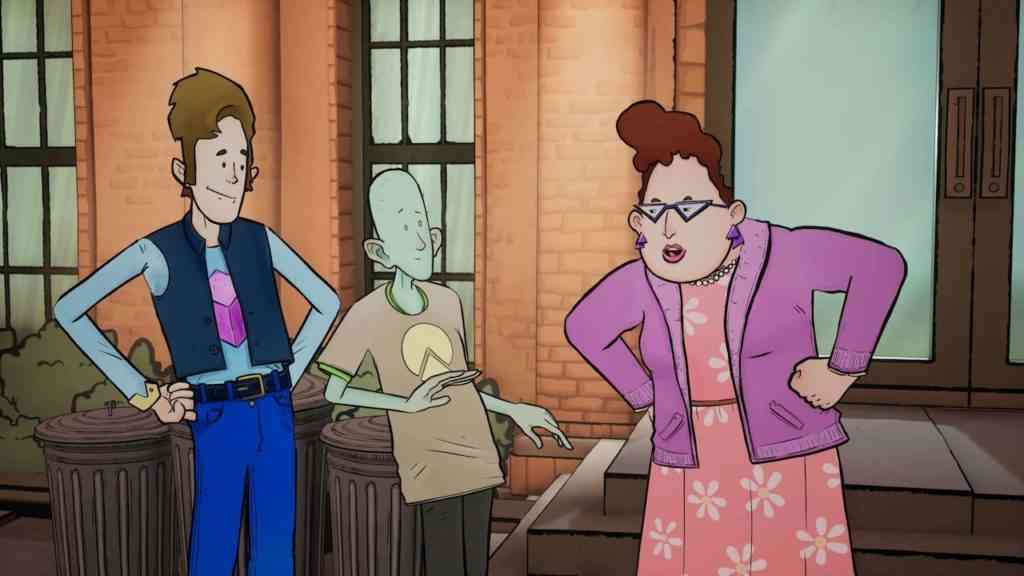 Indeed, the majority of your time spent with 3 Out of 10 will be doing nothing. But when it’s finally your turn to take the reigns and dive into one of the numerous mini-games on tap, you start to see where life eerily imitates art. Just as Shovelworks’ Surfing With Sharks has about as much depth as a kiddie pool, most of the tasks you’re given in 3 Out of 10 are condensed to actions as simple as move with the stick and press A to interact. Credit to the developers is due because I can’t pretend there wasn’t a smile on my face whenever I began one of these mini-games. Some of them are brilliant, like the intern in the dog kennel (I’ll say no more). But regardless of whether or not I’m parachuting into the studio or knocking back an incoming attack from murderous robots, it all sort of feels the same.

Kudos as well to whoever came up with the idea to let the player fast forward, rewind, replay, skip, and do just about anything else to help play 3 Out of 10 the way you want to. It’s especially appreciated when replaying levels in order to acquire their meaningless gold stars. Yes, you get a few nuggets of bonus content from collecting a certain number of stars. But I had every reward unlocked by the end of the third episode, and none of them would have been worth the effort in the first place. Maybe it’s a meta-commentary on the collect-a-thons that many franchises have become these days; the ones that ask players to comb their ridiculously oversized maps for nothing. Maybe I’m looking too much into it. Damnit, though, there certainly isn’t anything in the way of replayability in 3 Out of 10. Sitting here to ponder these things is all I have left. 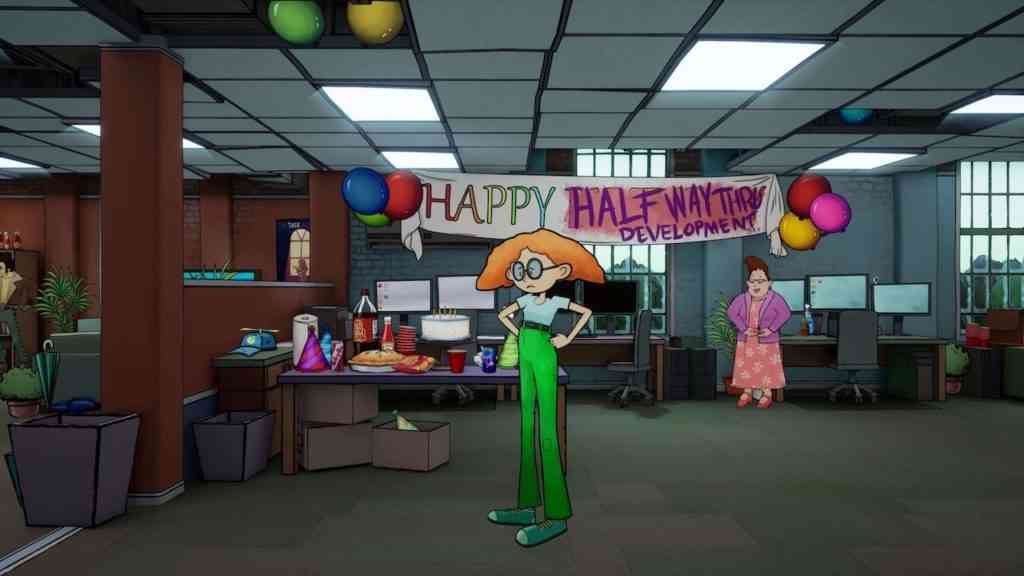 I’ll be front row with my bucket of popcorn for 3 out of 10: Season Two. The art style is fun, the writing is on-point, and the game itself runs almost perfectly on the Switch. The first season of 3 Out of 10 isn’t something you’ll get hours upon hours out of. But you wouldn’t want to overstay your welcome in this world anyways. And that’s the magic of what the developers accomplished here. Terrible Posture Games knew precisely what they were doing in making a terrible game about developing a terrible game. Bravo. 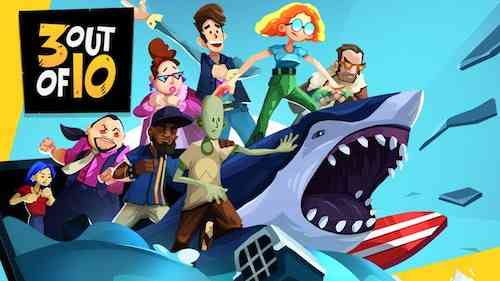 Battle Pass and Seasons Coming to Sea of Thieves